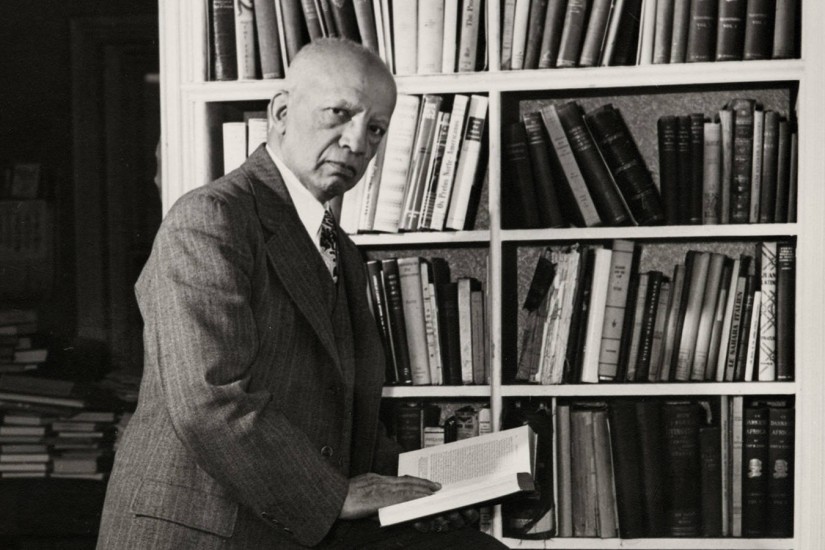 Fifty-five years after Woodson died, Scott, the history professor who thought he had read everything written by Woodson, was astounded to find a typewritten manuscript titled “The Case of the Negro.”

Woodson’s handwritten notes were scrawled in the margins.

Scott’s research revealed that “The Case of the Negro” had been written at the request of two black men, Channing Tobias and Jesse Moorland, who were prominent in the YMCA’s movement for African Americans. They asked Woodson to write a paper rebutting a 1912 book, “Present Forces in Negro Progress,” written by W.D. Weatherford.

Weatherford, who was white, was then a well-known patron of black intellectuals, Scott said. He was also racist, dismissing black people as “a tropical race best fit for thriving in Africa.”

Woodson’s rebuttal in “The Case of the Negro” was a cutting social criticism of white racism and a defense of the black race. It showed a radical side of Woodson, Scott said.

Its opening paragraph was blistering: “Exactly what the Negro is in the anthropological sense is no more a perplexing question than the racial origin of the so-called white man,” Woodson wrote. “The average Caucasian is no nearer the representative of a single type and in many cases no nearer to the actual white man than many so-called Negroes.”

When Woodson completed his rebuttal, Tobias and Moorland backed out. It is likely that Woodson decided not to publish the manuscript because he did not want to anger financial backers.

Scott’s rediscovery of the manuscript, which was published in 2009 by ASALH press with the title “Carter G. Woodson’s Appeal," was applauded by scholars and students of Woodson’s work.

In the book “African American History Reconsidered,” Pero Dagbovie argues that “The Case of the Negro” was an important precursor to the classic “Mis-Education of the Negro,” written 13 years later.

“The Case of the Negro,” Dagbovie argues, is a clear “expression of Woodson’s early radicalism” and should be considered “an important document of early twentieth-century African American intellectual history.”

Evelyn Brooks Higginbotham, chair of the history department at Harvard, said Woodson “found his voice in 1933 with ‘The Mis-Education of the Negro.’ That is a more sophisticated critique. ... It was a critique of white historians who were racist and African Americans who did not think African American history was important in the first place.”