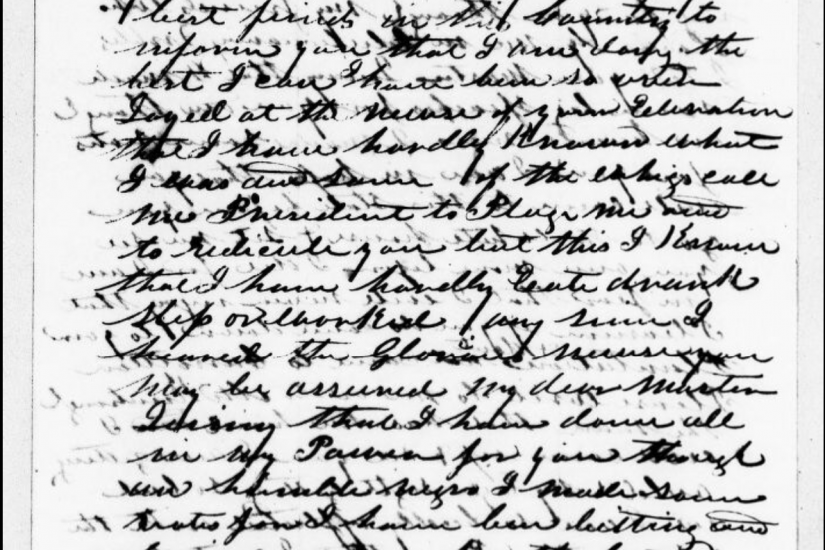 Law and custom, enforced by violence, kept most enslaved people from learning to read and write. Slaveowners feared that literate slaves could access antislavery ideas, forge free passes, and slip their bonds. Despite these dangers, some slaveowners taught their slaves to read and write so that they could study the Bible or perform their jobs. And other slaves secretly learned to read and write without their owners’ permission or knowledge, as Frederick Douglass famously did. For Douglass, literacy was a key to freedom. For Harry, though, literacy was more like one of his blacksmith’s hammers, which he used to forge his life as a slave.

Harry was Polk’s property. He had belonged to Polk’s father, and then to Polk’s brother Samuel, and when Samuel died in 1839, power over him passed to James as the executor of Samuel’s estate. Harry’s skill as a blacksmith made him especially valuable to the Polks. James hired out Harry on an annual basis in Mississippi, earning as much as $400 per year. Harry somehow kept a portion of that money for himself, but most of it went to his owner, which must have rankled him as it did other hirees like Douglass. Harry’s goal in this letter was to convince Polk to let him remain with his current employer, a Mr. Kimbrough. Times were hard. Harry’s eyesight was failing. Kimbrough was grousing at how much he cost to hire, and Harry was anxious: “I do not Know whose hands I may fall into,” he worried. “I would like to live with him if the Price is so as to Jestify him in hiring me.”

The rest of the letter was meant to butter up Polk. Harry professed his loyalty, friendship and even love for Polk and his family (“your faithfull and loving survant”). Remarkably, Harry bragged he had actually campaigned for Polk in the run-up to the election. “I tell you Master Jimmy that I made some big speaches for you and though an humble negro I made some votes for you.” The letter is precious evidence that enslaved people were aware of the political world around them and found ways to participate in it even though they were denied citizenship.