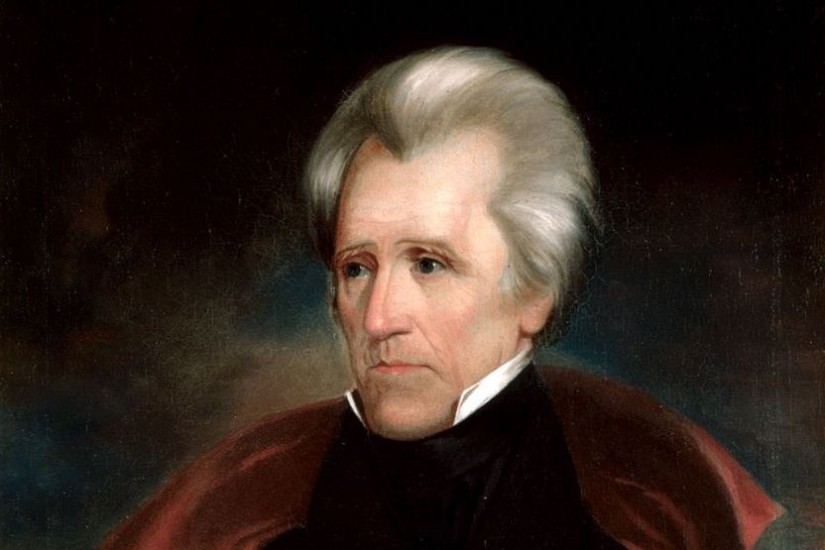 An even bigger stain on Jackson’s reputation comes from his signing of the Indian Removal Act in 1830, which forced the Cherokee and other southern tribes to abandon their land and migrate west to what later became Indian Territory (Oklahoma). He promised at his first inauguration to pursue a “just and liberal policy” toward American Indians, but most of us view the subsequent Trail of Tears as a horrific crime.

Birzer argues that Jackson had a nuanced interpretation of Indians, believing that they were “natural republicans with republican instincts and human rights guaranteed by God” but also believing that they were “well behind white Americans in terms of culture and civilization, a constant threat to the lives of settlers and their families, and a direct military threat likely to ally with America’s European enemies.” Birzer points out that one of Jackson’s adopted sons was an orphaned Indian boy.

Spending six pages on President Jackson’s removal policy, the author acknowledges that the law was controversial at the time and that it was “a humanitarian disaster” as implemented, using Tocqueville’s observation as evidence. Even so, Birzer is hesitant to call Jackson a hypocrite and quotes Remini’s defense of Jackson’s policy—asserting that it was designed to protect the southeastern tribes from the extinction that had befallen most of the northeastern tribes.

In his farewell address, Jackson defended his policy: “While the safety and comfort of our own citizens have been greatly promoted by their removal, the philanthropist will rejoice that the remnant of that ill-fated race has been at length placed beyond the reach of injury or oppression, and that the paternal care of the General Government will hereafter watch over them and protect them.”

Is it fair to judge a person, primarily, on the basis of his biggest failings? Yes, they must be part of the evaluation. But most of the evaluation? Who among us can stand up to that kind of scrutiny, especially historical figures possessing blind spots, errors, and sins that were typical of their time and place? This is even more true when we think about the complexity of the situation in the 1830s. What was the ideal solution to frontier conflict?