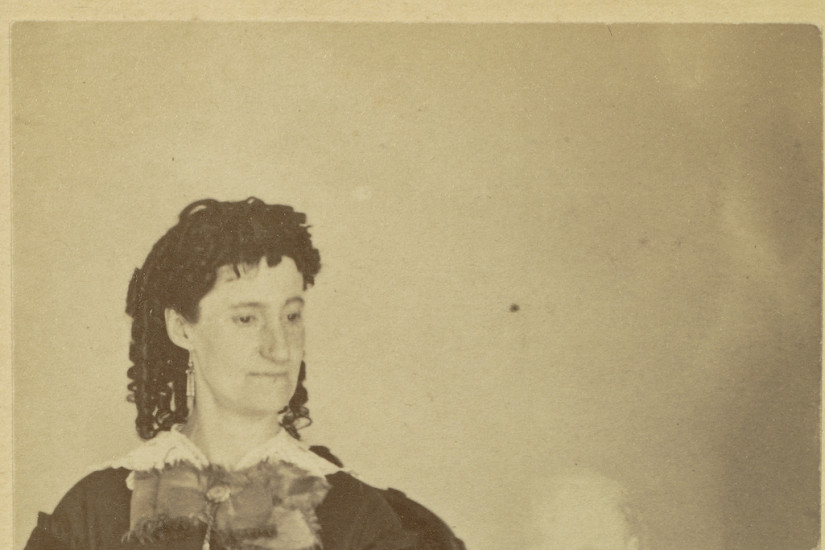 After thirty-odd years of expressing comic disdain for women intellectuals—and of signing letters to her brothers as “your idiotoid sister”—Alice began keeping a diary. This was no minor hobby. She poured a life’s worth of banked genius into a volume of spendthrift, perfect prose and told Katherine Loring to publish it when she died. William James was saved by the writing of Charles Renouvier; Alice James was saved by her own. The diary was a revolution in belief, a devotional practice that gave her ownership of her life.

As her biographer Jean Strouse writes, Alice found “in the process of keeping a diary a nascent sense of self, much as William had done in determining that his first act of free will would be to believe in free will.” Her diary was also the embodiment of what William called a “live” belief: an idea that fortifies us and on which we are willing to act. In Alice’s case, the live belief was that her life and her thoughts were worth recording: she was not made, as Henry Sr. thought, to be a wan abstraction of virtue. Our “faculties of belief,” William wrote, “were given to us to live by.” No belief should demand the soul death of the believer.

This isn’t to say, William wearily maintained, that pragmatism liberates us to believe in any soothing falsehood. It instead forces us to contend with the partiality of all belief. As he often emphasized, our beliefs aren’t formed in isolation but complexly networked with one another. Fidelity to this network of prior beliefs, William argued, determines what we hold to be true. So does the “sentiment of rationality”—the feeling of satisfaction when a new conviction snaps neatly into place with the rest of what we believe.

But grasping honestly for truth, James knew, doesn’t feel heroic. More often, it feels like holding hands with a psychic while your sister laughs at you. Or like keeping a diary and telling your lover to publish it after you die. To be lonely in your beliefs is to be aware of just how idiotic and infantile, of just how womanish, you seem to so many people. The task for anyone seeking truth is to endure self-doubt—that most feminizing quality—without retreating into brutality or despair. We have no certainties “on our moonlit and dream-visited planet,” William wrote. We have only our “intellectual republic,” our willingness to “delicately and profoundly respect one another’s mental freedom.”