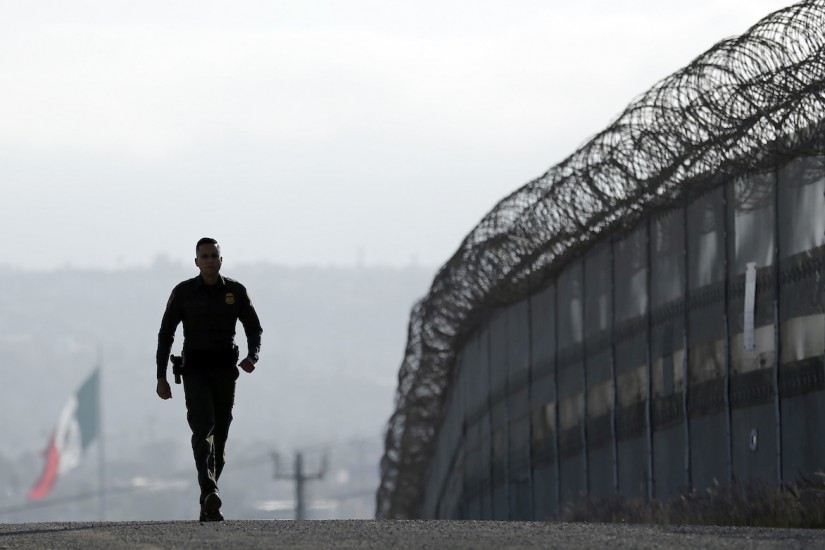 But the use of border barriers to inflict pain, in the hope that news of injuries and deaths will serve as a deterrent to other would-be migrants, long predates the Trump presidency. The idea reaches back at least to the 1970s, to the presidency of Jimmy Carter, when the U.S. began to turn its attention away from Vietnam toward its southern border. A weaponized fence is a feature, not a bug, of federal policy.

In 1978, Carter’s Immigration and Naturalization Service requested, and Congress approved, $4.3 million to build a fence on the U.S.-Mexico border. The plan was to quietly replace some 27 miles of existing slack, rusted chain-link around the ports of entry in San Ysidro, California, and El Paso, Texas, and then add a new fence along an additional 6 miles of border.

After consulting with the U.S. Army, the INS hired Potomac Research, a Virginia firm, to design the new barrier and then signed a $2 million federal contract with Houston-based Anchor Post Products to build the fence. The Carter administration had inherited the project from Richard Nixon, who was the first president to propose building some kind of barrier along the entire 2,000-mile border.

The project moved forward largely ignored by the press until October 1978. That month, a big-mouthed manager from Anchor Post named George Norris told a reporter that the “razor-sharp wall” was designed to be bloody, built with “punched-out metal that would leave edges sharp enough to cut off the toes of barefoot climbers.” Norris said that his company had double-checked with the engineers at Potomac Research whether they “wanted the metal deburred (filed) when we first got the job.” The engineers, according to Norris, said no. Leave it sharp, they instructed, as “part of the deterrent.” The cut metal was meant to sever body parts, Norris said; a climber would “leave his toe permanently embedded in it.”

The remarks were picked up by Mexican dailies. As outrage spread, representatives from the INS and Potomac Research issued denials. “Nobody in the INS ever told anyone to design a fence that would hurt people,” said one of Potomac Research’s engineers. “We were told explicitly that there could be no barbed wire. No barbed tape, no electrification.” But, Carter’s head of the INS, Leonardo Castillo, admitted, the proposed “steel latticework” did appear “sharper than it was intended to be.”