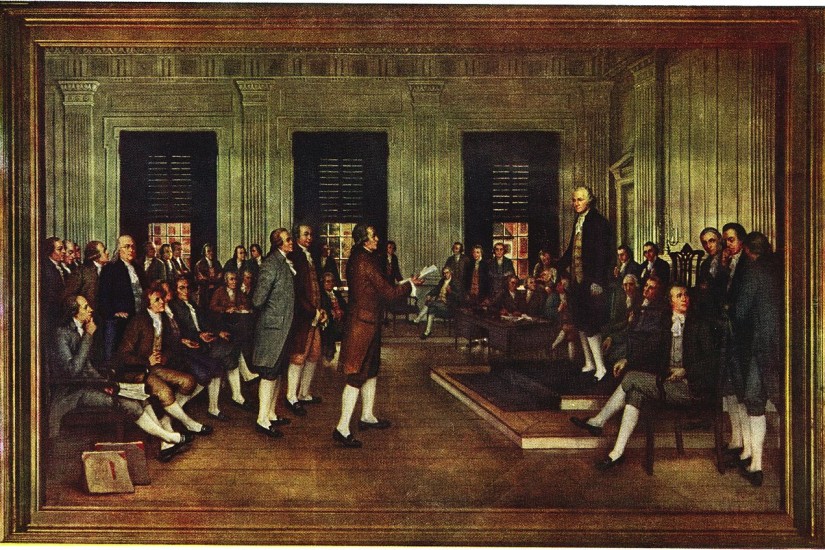 The compromise has often been taught as a bit of a Faustian bargain between the Northern and Southern states: a necessary concession worked out as Americans tried to replace the faulty Articles of Confederation in the 1780s. To get the Southerners on board, the founders had to be willing to diminish the humanity of slaves by not counting them fully for the purposes of taxation, but still counting them (somewhat) for the purposes of giving the South representation—and political power—in the new Constitutional order that replaced the Articles. Southerners got the benefit of partial representation for people who were property, who could not vote and essentially had no rights, while not necessarily getting taxed on all their population (or property).

But it occurred to me the other day—what taxation? It seemed like such a ludicrously simple question that it felt like I must have missed or forgotten something from all my reading in grad school. Sure, it made sense that the Southern states wanted to have slaves count as much as possible in terms of allocating House seats and presidential electoral votes, and the Northern states thought that slaves should not count at all—three-fifths was one way of splitting the baby, so to speak.

But if slaves were counted at this ratio for representation, how were they counted in terms of taxation? In other words, what taxes were ever levied on the basis of the three-fifths compromise?

It seems like a simple question, and I’d taken for granted in my teaching for years that this compromise was for both representation and taxation without thinking about what that actually meant. In fact, American historians know that few “direct taxes” were imposed by the federal government prior to the Civil War. During the antebellum era, the feds depended mostly on excise taxes (on goods such as liquor) and customs duties (on goods coming into the country). As Richard Bensel argued in his book Yankee Leviathan, the United States only consolidated a truly national government during the crisis of the Civil War. Prior to the conflict, the federal government had a rather weak hold over the states and exercised few powers of taxation and regulation.

My research is admittedly cursory, but I’ve been hard pressed to find examples of Washington actually levying a direct tax on the states on the basis of the three-fifths formula.