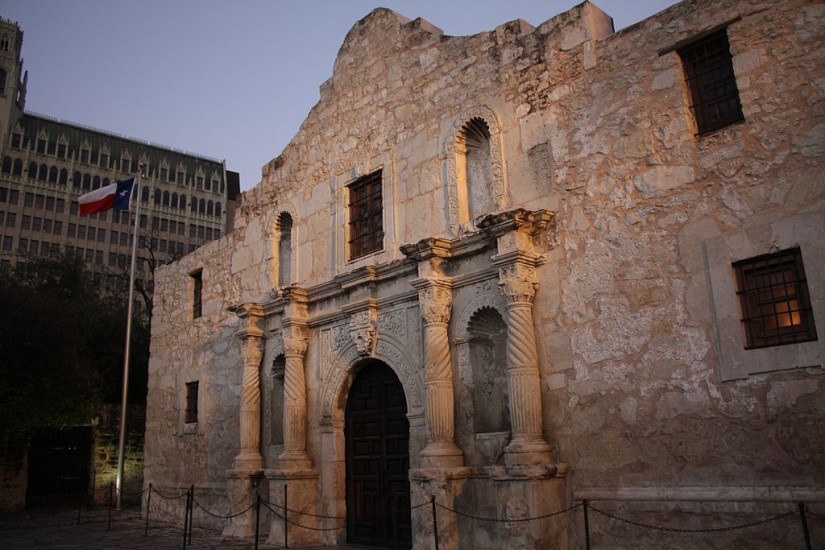 The Alamo has come to represent Texas and its story. It is a symbol synonymous with courageous last stands. The mission statement for the redevelopment plan of the Alamo—a tourist site that attracts two million visitors annually—makes the claim that the battle at the Alamo was decisive, not only for the state or nation, but the entire hemisphere. “The thirteen days in 1836 that culminated with the ultimate sacrifice of 189 heroes changed the course of history, leading to the creation of the Republic of Texas, followed by the State of Texas, ultimately defining the geopolitical structure of the Americas.”

But in fact the story of the Alamo, which occupies the physical and ideological center of the Texas myth and national mythology, has functioned as a tool to impose a racial order.

Lost in the magnanimous description of the Alamo is the fact that many of the so-called Texians were immigrant, naturalized Mexicans: whites who had wandered west at the invitation of Mexico. But in its myth, the Texians are sui generis, always Texans. And, by locating the Alamo story in 1836, with the birth of the Texas Revolution, Anglo Americans cast previous and existing peoples as part of an indeterminate past, rendering all Mexican-origin people, then and into the future, as foreign, and effectively erasing and marginalizing Mexican and Indigenous people from the past and in the present.

It’s not that the Spanish-built presidio should be demolished or stashed away in some remote museum. The story of the Alamo should be widely studied—but it should be the real history, the one that intersects with and embodies the nation’s history of enforcing a racial order through violence, and the campaigns of white supremacy and slavery that accompanied America’s expansion. The Alamo’s history and myth belong to a war that was inspired, in part, by the drive for slavery, and by a belief in the superiority of whites and their divine right to conquer lands. The Alamo is where the campaign of southern slavery and native American genocide migrated west and expressed itself in the demonization of Mexicans. It came to symbolize belonging, or, more accurately, defining who belongs and who doesn’t. Rather than being remembered for its historical context, the Alamo represents a litmus test for entry into participation and membership in civic society: accept the dominant myth, or be marginalized.