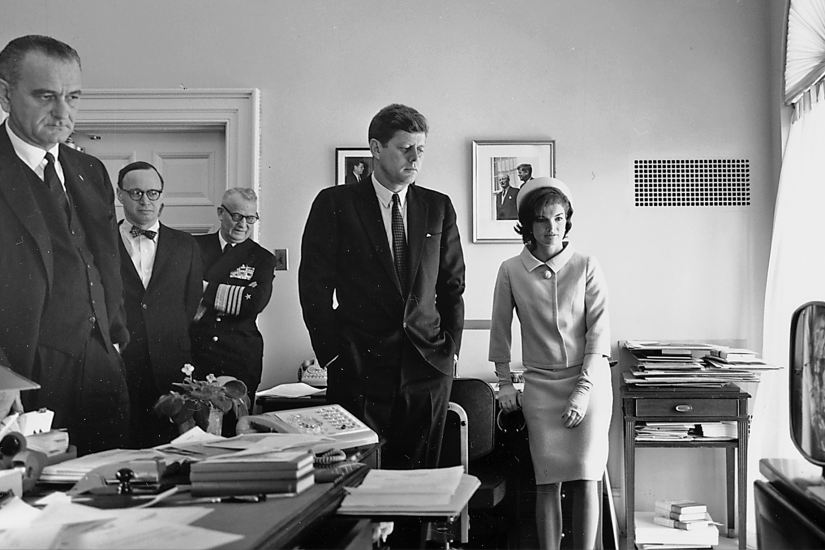 Kennedy would have been a hundred years old on May 29th. His centenary brings with it new books, the most notable of which is probably “The Road to Camelot” (Simon & Schuster), a wearyingly titled but provocative reconstruction of his “five-year campaign” for the White House. The authors, Thomas Oliphant and Curtis Wilkie, both veterans of the Boston Globe, locate the effort’s origin in a “cardiac double-header” from the summer of 1955, when President Eisenhower and Lyndon Johnson, then Senate Majority Leader, suffered serious heart attacks. Joseph P. Kennedy, confident of Johnson’s recovery but not of Ike’s, suggested to L.B.J. that he consider a race for President in ’56, with Kennedy’s son, the junior senator from Massachusetts, as a running mate.

Johnson wasn’t amenable to the idea, but J.F.K.’s Vice-Presidential prospects were nearly fulfilled when Adlai Stevenson, trying to jump-start his second doomed campaign against Eisenhower, told delegates at the Democratic Convention to make their own choice for the bottom of the ticket. Out in Chicago, Jack Kennedy made a fast, strenuous grab at the nomination, and posted a respectable loss to the Tennessee senator Estes Kefauver. Months before, Kennedy’s young aide Theodore Sorensen had run an extensive set of numbers showing how a Catholic on the Democratic ticket could stem recent defections to the Republican Party by groups like those newly suburbanized Irish Catholics on Dover Parkway in Stewart Manor. Sorensen’s report held that Al Smith’s crushing defeat in 1928 had resulted from his stance against Prohibition, not his religion; Smith would have done worse still had he not been Catholic.

Kennedy spent the fall of ’56 campaigning for Stevenson but picked his own venues, ones that could redound to his benefit four years later. A decision to try for the Presidency in 1960 was made weeks after Stevenson’s defeat, at Thanksgiving dinner in Hyannis Port. Joe Kennedy had already pledged “whatever it takes” from his own fortune. Oliphant and Wilkie suggest that the actual rationale for Kennedy’s candidacy lay in his understanding of “celebrity,” as well as a confession he made to a group at Washington’s Metropolitan Club: “It’s not that I have some burning thing to take to the nation. It’s just, ‘Why not me?’ ”