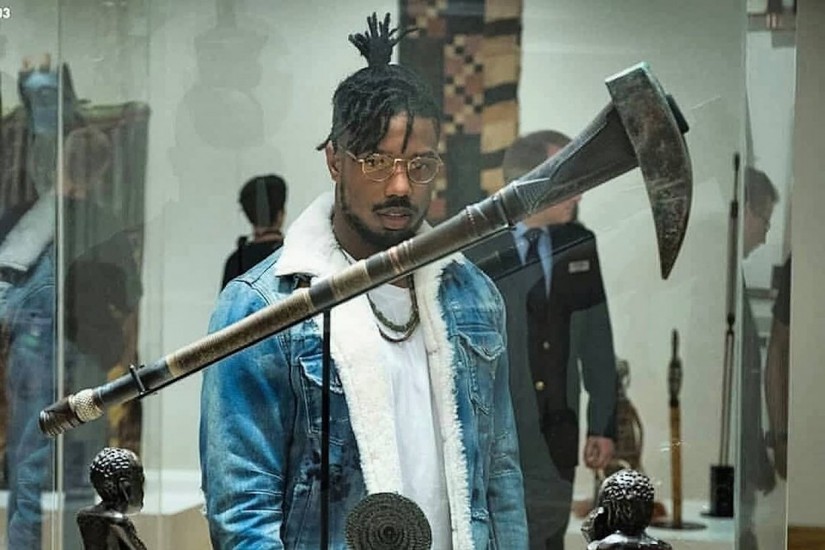 Setting aside the film’s intriguing decision to portray its central drama as a cross between a Shakespearean family tragedy and a rumination on the philosophical disagreements that created a gulf between the non-violent and armed resistance wings of the American Civil Rights Movement, it is Killmonger’s introduction at the fictional “Museum of Great Britain”—a thinly veiled analogue of London’s famous British Museum—that has perhaps provoked the most internet think pieces. It is worth watching and dissecting in full for its shrewd commentary on racial politics (Killmonger, as a black man in a predominantly white space, is immediately profiled by museum security, for example), but suffice it to say that the scene culminates with an accusatory Killmonger questioning a museum curator about the provenance of West African artifacts on display. When informed that the pieces are not for sale by the indignant curator, he belligerently (but astutely) responds: “How do you think your ancestors got these? You think they paid a fair price? Or did they take it, like they took everything else?”

Coogler’s decision to fire shots across the bow of one of the world’s premiere museums—not in a small, awards season art film or a documentary, mind you, but in the biggest blockbuster action film of 2018—is a rather stunning and bold development, but also one that is sophisticatedly reflective of cultural trends. Museums, regarded by most in Western societies as benign repositories of artifacts and knowledge, have come under increasing scrutiny of late—and not merely from revolutionary sources (Killmonger is, after all, the villain of the story, and we are here again meant to disagree with his violent methods), but from academics, the media, and affected indigenous peoples. The question of how to preserve and display artwork, artifacts, and even human remains that were acquired (or, more often, looted) by Europeans, primarily during the height of European and American imperialism between the eighteenth and mid-twentieth centuries, is an extremely thorny ethical issue. The British Museum and leading institutions in France, Germany, and the United States have, for the most part, a sordid track record when it comes to addressing these concerns, much less rectifying them, but recent trends suggest that this issue is gaining wider and wider recognition and support—perhaps in part due to the critical and commercial success of Black Panther—and that museums are finally beginning to feel pressure to address these concerns.

Genteel Spoliation: Decolonization at the Museum and Marvel’s Black Panther 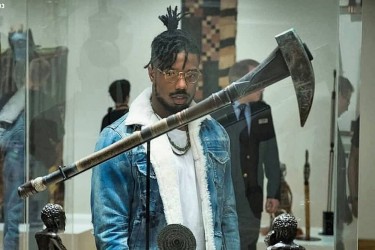 Genteel Spoliation: Decolonization at the Museum and Marvel’s Black Panther

How the film taps into an ongoing debate about artifact collections acquired during the colonial period.
by Travis R. May via Erstwhile on February 20, 2019