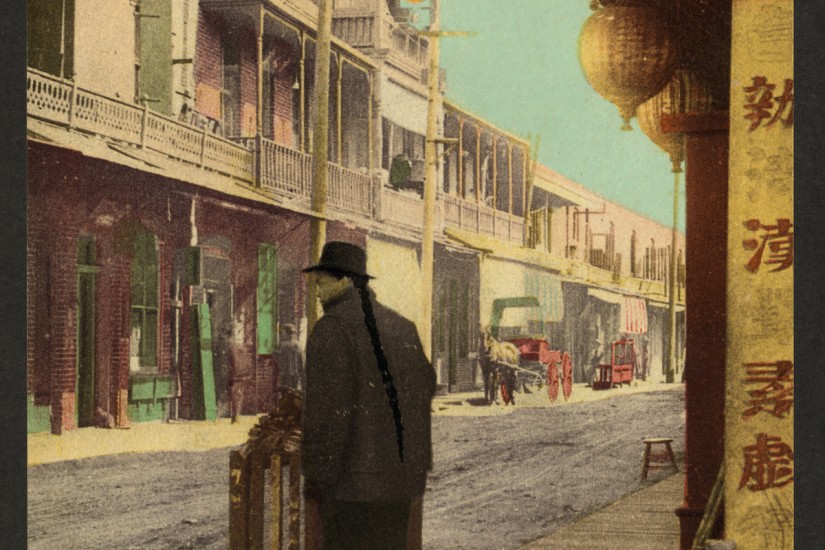 A favorite pastime on Los Angeles social media is to describe “the most LA thing ever.” Crystals, avocado toast, and gluten-free soy sauce invariably turn up. But in my mental map, the most LA thing ever is the Shell station at the intersection of N. Hill Street and W. College Street, in Chinatown. The gas is wildly overpriced, and the attached convenience store is decorated solely with images of shoplifters. But of interest to me are the canopies that shelter the gas pumps, in the form of upturned, flying eaves typical of sweeping Chinese rooflines (a style that dates back to the Han Dynasty) and shingled with Spanish tile.

In the world of architecture, such a combination might be regarded as perplexing, even a travesty. Not in LA. In this one curious gas station we see reflected Los Angeles and California writ large. It’s the most LA thing ever, in a place where Mexico meets China; where a historic Mexican plaza—the place where 44 Mexican pobladores laid down the bones of the early city’s Plaza de Los Angeles—abuts Chinatown; where Chinese bakeries selling red bean buns and almond cookies feature signs that read, “Se vende café.”

To others, the most LA thing ever might be a sunny landscape redolent of orange blossoms, the entertainment capital, the terminus of the American West. In that Los Angeles, California is considered in relation to the East, set against a backdrop of the rest of the United States. This is California as a product of westward expansion, of railroads, of Dust Bowl migrants, of Hollywood filmmakers who landed amid orange groves to make movies and avoid New Jersey patent laws. It is Anglo California, shaped by Europe and its descendants. It is California as a bubbly blonde.

These images dominate the popular imagination, to some degree, because of the way that US history is often told. The story travels from East to West—beginning at the moment of European arrival in Virginia, followed by the inevitable westward-ho journey. In this story, and on this map, California is West—the last stop for Manifest Destiny before skidding into the Pacific Ocean. This, too, is Los Angeles, but it’s not the entire story.

Before California was West, it was North and it was East: the uppermost periphery of the Mexican Empire, and the arrival point for Chinese immigrants making the perilous journey from Guangdong. It was part of different maps that co-exist, one on top of the other: layers of visions and lesser-known narratives, that are ongoing and still unfolding.