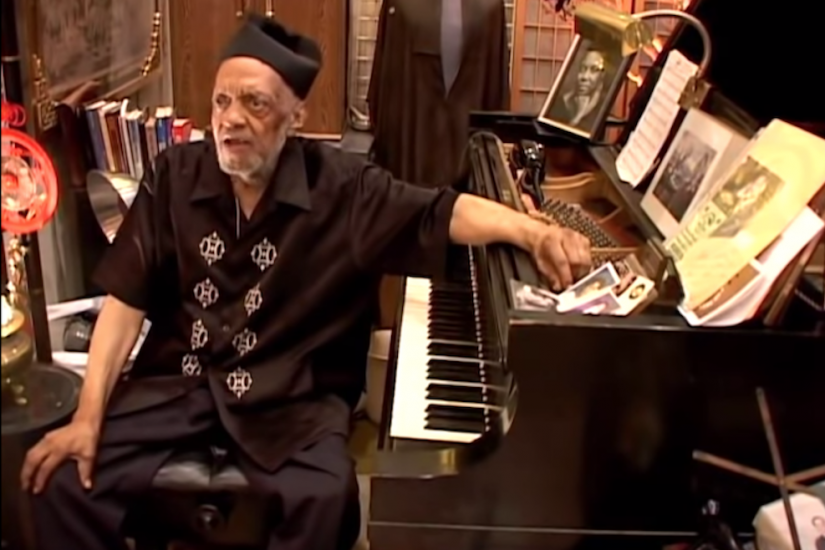 As is typical of a Hollywood White Savior Film, Green Book places Dr. Shirley in several dangerous circumstances with racist white men so that Vallelonga can swoop in and save the day. In the process, Vallelonga teaches the world-renowned Black pianist about Black music and how to eat fried chicken.

Though Dr. Shirley did hire Vallelonga as a driver and bodyguard during one of Dr. Shirley’s concert tours in the south, much of the rest of the movie’s plot (co-written by Vallelonga’s son Nick Vallelonga) is disputed by more family members of Dr. Shirley than just Edwin—none of whom were consulted or even contacted at any point during the writing or production of this film.

A “symphony of lies”

“It was rather jarring,” Edwin shared with Shadow and Act of his first experience seeing this on-screen portrayal of his uncle as a Black man who is estranged from his family, estranged from the Black community and seemingly embarrassed by Blackness.

Never mind that Dr. Shirley was active in the civil rights movement, friends with Dr. King, present for the march in Selma, and close friends with Black musicians—from Nina Simone to Duke Ellington and Sarah Vaughn—Dr. Shirley was also very much a part of his family’s lives.

Dr. Shirley’s last living brother, Dr. Maurice Shirley, 82, was “furious” when he heard of the depiction of his brother in this film and had much harsher criticism of it, calling it “a symphony of lies.” As one example, Maurice mentioned the moment in the film where Ali’s character says he has a brother but didn’t know his whereabouts, as they hadn’t been in contact for some time.

“At that point [in 1962 when the events of the film supposedly take place], he had three living brothers with whom he was always in contact,” Maurice said, speaking of himself, and his and Dr. Shirley’s two older brothers, Dr. Edwin Shirley Jr. and Dr. Calvin Hilton Shirley.

“One of the things Donald used to remind me in his later years was he literally raised me,” Maurice said. Their mother died when Donald was 9 years old and Maurice was just two days old, so Dr. Shirley, as the closest brother in age to Maurice, took care of him growing up and remained close with him until Dr. Shirley’s death five years ago.