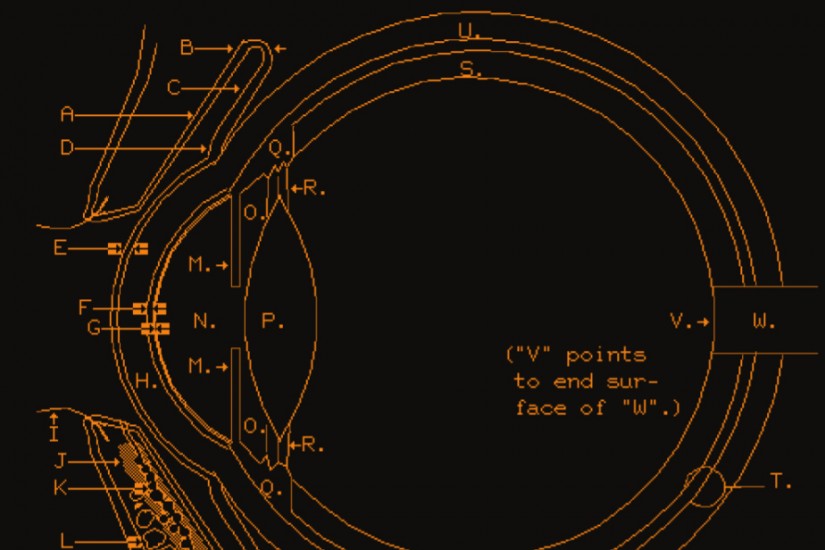 Screenshot from a PLATO teaching program showing the anatomy of a human eye.
Illinois Distributed Museum

What could the internet have been? We’ve grown so used to our digital networks that they can seem like a force of nature, with laws as immutable as the laws of physics. Yet not long ago, these networks were the object of experiments, conflicts, and at times arbitrary choices. And the fates of many industries hung in the balance. For instance, should users pay for online access in units of time, or of bandwidth, or according to the number of websites they enter? This was once a live question; over the years, providers have settled on a combination of the first two options. But suppose that the architects of the web had chosen a different course: if entering a new website cost us a few cents, we might be more discriminating. Fake news, consequently, might spread across smaller ranges and at slower speeds.

Two recent books address similar speculative scenarios in the course of offering alternative histories of the internet: David Clark’s Designing an Internet and Joy Lisi Rankin’s A People’s History of Computing in the United States. Clark’s book introduces its readers to scientists who designed our networks, many of whom still dream of redesigning them. Rankin writes about groups of students and researchers who used early computers with uncommon egalitarianism. Both authors wonder why versions of the internet that they personally favor have not prevailed. They also hope that recalling such forgotten projects could inspire their readers to fight for a better digital future.

Extant histories of the internet favor either heroic or deterministic narratives. On the determinist side, we have Paul Edwards’s The Closed World (1996), Fred Turner’s Democratic Surround (2013) and From Counterculture to Cyberculture (2006), John Markoff’s What the Dormouse Said (2006), and others that describe the internet as the result of collisions between large-scale Cold War policies or zeitgeists. With some variations, these narratives portray the digital revolution as born from the improbable marriage of countercultural hippie experiments and the military-industrial complex. The blame for their unfortunate offspring—namely, rampant self-expression monetized by savvy entrepreneurs and embraced by a generally ignorant populace—is laid at the feet of now one, now the other of its putative parents.