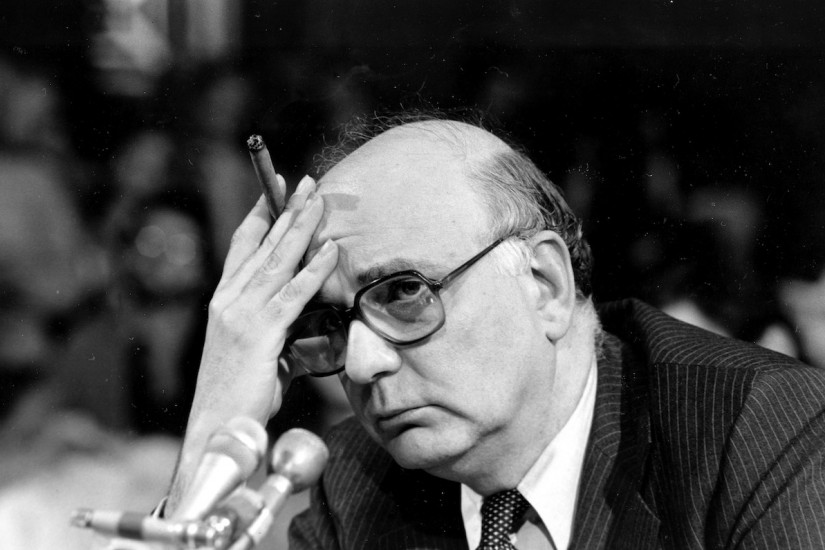 Federal Reserve Board Chairman Paul Volcker listens to a question as he appears before the Senate Banking Committee, March 18, 1980.
AP Photo/Chick Harrity

If someone were to make a movie about neoliberalism, there would need to be a starring role for the character of Paul Volcker. As chair of the Federal Reserve from 1979 to 1987, Volcker was the most powerful central banker in the world. These were the years when the industrial workers movement was defeated in the United States and United Kingdom, and third world debt crises exploded. Both of these owe something to Volcker. On October 6, 1979, after an unscheduled meeting of the Fed’s Open Market Committee, Volcker announced that he would start limiting the growth of the nation’s money supply. This would be accomplished by limiting the growth of bank reserves, which the Fed influenced by buying and selling government securities to member banks. As money became more scarce, banks would raise interest rates, limiting the amount of liquidity available in the overall economy. Though the interest rates were a result of Fed policy, the money supply target let Volcker avoid the politically explosive appearance of directly raising rates himself. The experiment—known as the Volcker Shock—lasted until 1982, inducing what remains the worst unemployment since the Great Depression and finally ending the inflation that had troubled the world economy since the late 1960s. To catalog all the results of the Volcker Shock—shuttered factories, broken unions, dizzying financialization—is to describe the whirlwind we are still reaping in 2019.

At the height (or nadir) of the Volcker Shock, benchmark interest rates were over 20 percent—and worse if you had bad credit. The exorbitant cost of borrowing put tens of thousands of firms out of business, and led to twenty-two months of negative growth. In December 1982, unemployment was at 10.8 percent—closer to 20 percent if you include workers who wanted jobs but had stopped looking, and underemployed workers who could not find steady full-time work. In absolute terms, twelve million Americans were unemployed that month, plus another thirteen million “discouraged” and underemployed.

The nation’s industrial belt was the hardest hit. Ninety percent of job losses occurred in mining, construction, and manufacturing. It was costly for businesses to pay their debts and borrow money to invest, while a strong dollar made American exports even less competitive internationally. In places like Flint, Michigan and Youngstown, Ohio, more than one in five workers was unemployed. In Akron, the commercial blood bank reduced the prices it would pay by 20 percent due to the glut of laid-off tireworkers lining up to bleed. In the area around Pittsburgh, suicide rates and alcoholism soared, while residents competed for spots in homeless shelters. The unemployment rates for African-Americans were worse, peaking in early 1983 at 21.2 percent (up from around 12 percent—already a crisis—in 1979).

Those who praise Volcker like to say he “broke the back” of inflation.