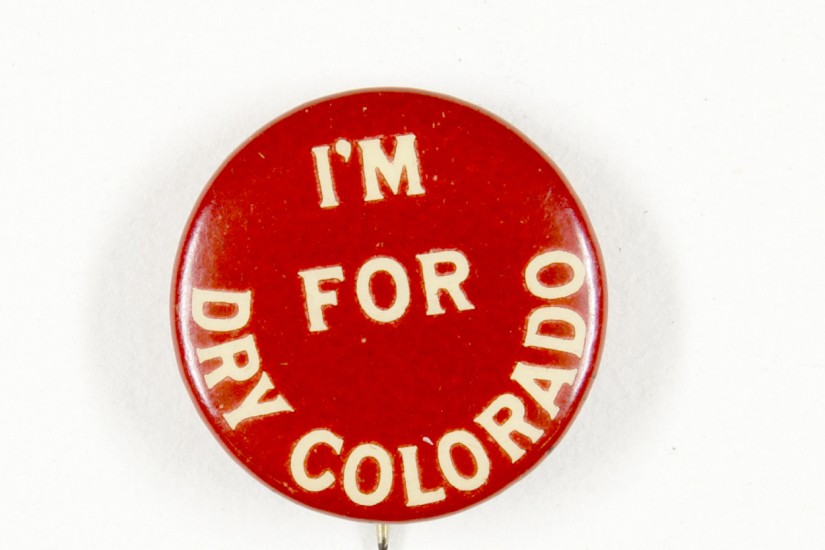 While Colorado was among a few other states that imposed liquor bans in 1916 (a list that includes Iowa, Oregon, Washington, Idaho, Arkansas, and South Carolina), the question of why our state went dry so early is one without an obvious or simple answer. Like most questions about the past, finding out why a state with a hearty appetite for alcohol went dry four years before the rest of the nation requires us to examine a combination of local circumstance and broader context.

Colorado’s powerful dry coalition was composed of very active chapters of the Women’s Christian Temperance Union (WTCU), local religious leaders, itinerant preachers, suffragists, and progressive-minded community members. For these folks, alcohol was both the cause and a symptom of Colorado’s social problems, and drys constantly fretted over the state’s moral character. Puritanical religious beliefs and rigid Victorian sensibilities held that consuming alcohol to the point of intoxication was sinful, and that God might be on the lookout for ways to punish a society composed of loutish, unproductive drunks. Moreover, newly enfranchised women (who had gained the right to vote in state-wide elections in 1893) voted for Colorado to ban alcohol because, as the wives of saloon-going men, they disproportionally suffered from the negative effects of drinking in the form of domestic violence.

Though drys were—and still are—derided as prudish killjoys, temperance reformers and prohibitionists in early twentieth-century America were responding to the slate of problems associated with alcohol. Drys saw Prohibition as addressing a very real public health crisis. The early twentieth century represented the pinnacle of America’s drinking habit, and more alcohol was being consumed in 1916 than at any other time in American history. Prodigious consumption rates were driven partly by the introduction in the mid-nineteenth century of lager beer that was more drinkable and cheaper than other kinds of alcohol. But concerns for public health were just one of the many motivating factors that helped bring about Prohibition in Colorado.

As if these circumstances weren’t enough reason to ban beer, drys looking around Colorado in the early twentieth century saw what the rest of the nation would recognize four years later: that industrialization and immigration had fundamentally changed the social and economic landscape under their very feet. Beer and the omnipresent saloons where it was served were constant reminders that the daily arrival of more foreign immigrants was rapidly changing Colorado’s ethnic and cultural character in the early twentieth century.