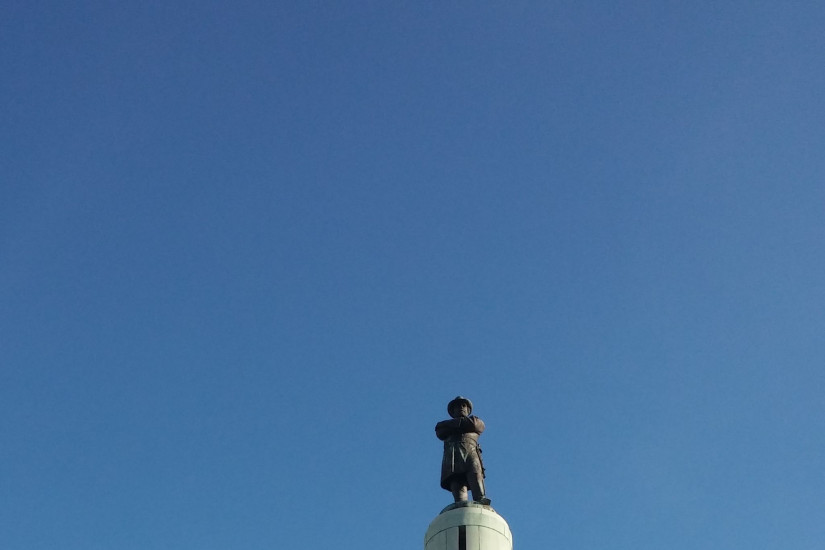 Following his side’s defeat, Lee quickly came to occupy a central place in the Lost Cause explanation of the war—an interpretation that, among other things, deified Confederates as embodying the virtues of bravery, sacrifice, and Christian morality. He epitomized the virtues of the Christian gentleman and appeared almost Christlike in Southern iconography. In the hands of Lost Cause writers, his military record and personal character served as the model of perfection for the next generation of white southerners. Finally, and perhaps most importantly, those writers used Lee to distance the Confederacy from its commitment to preserve slavery and white supremacy. Lee, it was argued, abhorred the “peculiar institution” and in the case of his own slaves exerted a gentle and humane touch.

By the early 20th century, monuments to the Confederate chieftain adorned public spaces in New Orleans; Baltimore; Dallas; Austin; Marianna, Arkansas; Richmond and Charlottesville, Virginia; and even the Gettysburg battlefield. In 1909 Virginia added a statue of Lee to the Capitol building’s Statuary Hall in Washington, D.C. Motorists traversed roads from northern Virginia to Louisiana that were named after Lee, and children throughout the South were educated in buildings named in his honor.

These details probably come as no great shock to many Americans, but what may be surprising is the extent to which the memory of Lee resonated and was even embraced by individuals beyond the former Confederate states. Lee’s image could be found on any number of products marketed throughout the country, including cigars, tobacco, pancakes, and whiskey. In 1920 an advertisement in the pages of the New York Tribune for a new “electric vacuum powered washing machine” featured an image of Lee and his “loyal body servant,” or camp slave.