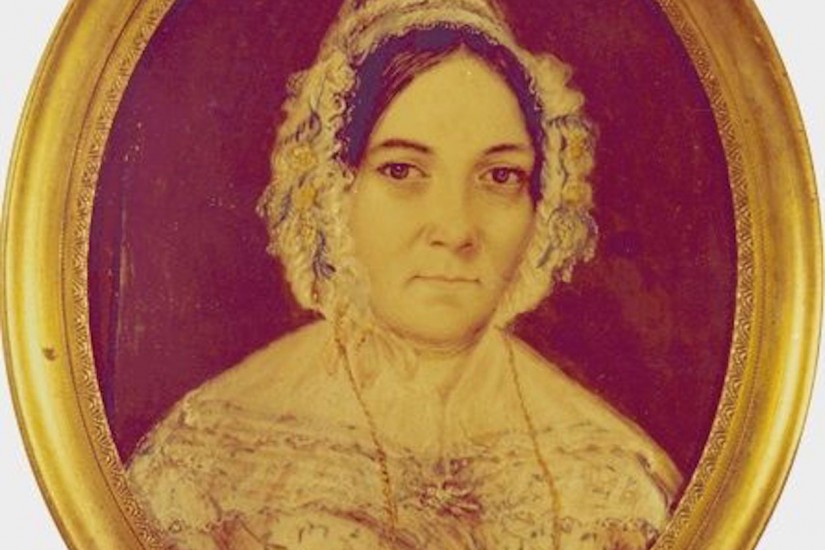 Great Crossing Baptist Church lies nestled in the curve of a quiet country lane just outside Georgetown, Kentucky. Founded by Vice President Richard M. Johnson’s parents in 1785, it was where his enslaved wife, Julia Chinn, was baptized in 1828, and where she and Richard worshipped. While the first sanctuary burned down in 1925, the cemetery behind the building contains markers dating back to the 1790s. Many Johnsons are buried in this tiny stone-walled graveyard, including both of Richard’s parents. Richard is buried in the state cemetery in Frankfort, and an enormous monument marks his gravesite. We don’t know, however, where Julia, his wife of 22 years, is buried. The location of her grave has disappeared, just as her very existence was erased from the history books, and from the memories of her own descendants, in a nation still wrestling with its history of slavery and interracial sex.

The whole thing is depressing: The main house at Johnson’s Blue Spring Farm is gone, the cemeteries on the land are overgrown and have disappeared to the naked eye, and the only remaining school building is about to crumble into the ground. Thought to have been one of the dormitories of an Indian school located on the property, the building’s doors and windows are boarded over, and its roof and back wall have caved in. On the right-hand side of the driveway stands an antebellum-era building. Made of stone, it is so overgrown with weeds, grasses, and brush that it is barely visible. There are holes in the roof and broken glass in the windows, but it looks sturdier than the Choctaw Academy school building. It is believed to have been one of the slave cottages or a kitchen building at Blue Spring.

The very air of the ninth vice president’s farm reeks of sadness and neglect.

On the other hand, just a few miles away, thousands of visitors annually stream through the impeccably maintained gardens and halls of Ashland, the home of Henry Clay, Kentucky’s other great antebellum statesman.

The contrast between the two sites couldn’t be any starker. And the difference has everything to do with race.

Make no mistake: Richard’s decision to live publicly with Julia and their children, Imogene and Adaline, and Henry’s decision to hide his black “mistresses” in the slave quarters and sell their offspring downriver to New Orleans, played enormous roles in how the two men are remembered today. It is, in my opinion, the reason why Ashland is a tourist attraction and can be rented for weddings, and why Blue Spring Farm no longer exists.

It’s also why Julia Chinn has disappeared from sight and memory.