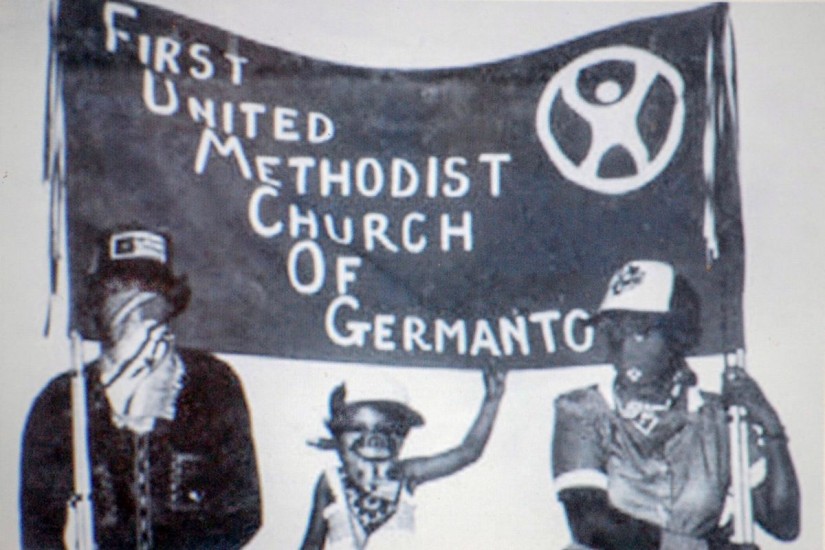 A family of refugees from Guatemala who took refuge in the First United Methodist Church of Germantown in Philadelphia (1984).
philly.com
…

Since debates about illegal immigration blew up in 2006, as Congress has failed to pass immigration reform, and especially since Trump’s election in 2016, more and more cities have refused to cooperate in detention and deportation of people in the country illegally. But this is only one part of what it means to be a sanctuary city. And today is just the latest era in a long history of sanctuary cities in the United States, in which Philadelphia has featured prominently.

The sanctuary city declarations and policies of today read much like those of the 1980s, when the administration of President Ronald Reagan refused to grant asylum to Guatemalans and Salvadorans fleeing civil wars and murder by militaries trained and funded by the U.S. In response, activists around the country and in Mexico established the Sanctuary Movement to harbor people they called “refugees,” even as the federal government persisted in labelling them “illegal economic immigrants.” They helped people cross the border and sheltered select individuals and families in churches, synagogues, and meetinghouses from New England to the West Coast. They lobbied politicians in Washington to stop supporting wars, and the terror they wrought, in Central America, and to change asylum policy. In 1985 and ‘86, they gained national media attention as the federal government put some of the movement’s founders on trial for trafficking Central Americans across the border near Tucson, Arizona. They used this moment to push city and state governments to establish sanctuary policies.

The quote above comes from a draft resolution written for the City Council of Philadelphia in the winter of 1986 by activists in the West Philly-based Central America Organizing Project, as well as the local chapters of the national Committee in Support of the People of El Salvador (CISPES), Democratic Socialists of America, and National Lawyers’ Guild. “In response to our national government’s policy of deporting Central American refugees and harassing their supporters,” they wrote to other sanctuary activists in Philadelphia, “a number of cities, including San Francisco, Berkeley, Cambridge, Mass., Chicago, Seattle, and Ithaca have declared themselves to be Cities of Refuge or Sanctuary Cities.” So did other centers of the American Left, including New York City; Burlington, Vermont (mayor: Bernard Sanders); Ann Arbor, Michigan; Takoma Park, Maryland; and the states of New Mexico and Wisconsin. Los Angeles, home to the largest number of Central Americans in the country, some 300,000 people, established this era’s first sanctuary city policy in 1979, even before the Sanctuary Movement arose.