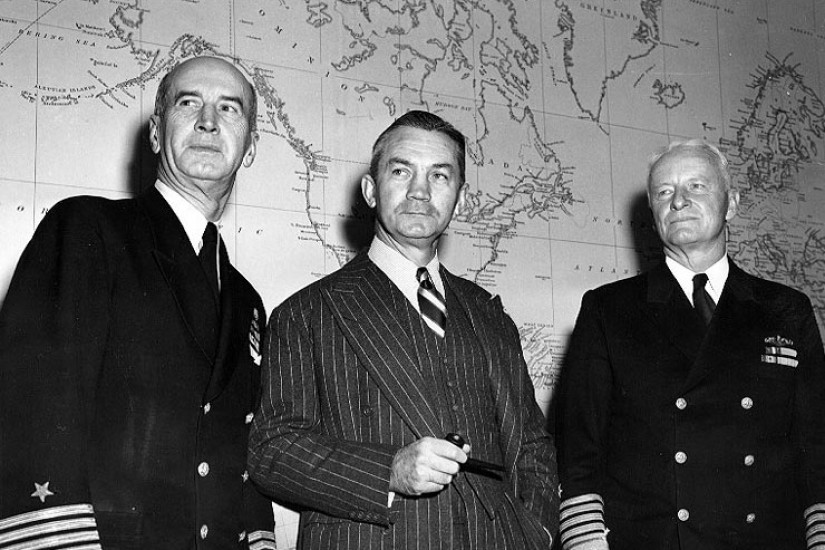 The moral and rhetorical heightening of the opposition between democracy and communism (and, incipiently, terrorism) was a conscious choice. Truman was famously advised by Republican senator Arthur Vandenburg that securing public and congressional support for unprecedented and costly peacetime intervention into European affairs entailed “scaring the hell out of the American people.” Another, less visible choice, however, was to downplay the role of the accountant’s ledger, which was more overt in an early draft of Truman’s speech. That draft argued that emergency financial support for Greece (and Turkey) was now a requirement of world capitalism: “Two great wars and an intervening world depression have weakened the [capitalist] system almost everywhere except in the United States. If, by default, we permit free enterprise to disappear in other countries of the world, the very existence of our democracy will be gravely threatened.” Acknowledging the less-than-compelling purchase of this argument, Secretary of State Dean Acheson remarked derisively that it made “the whole thing sound like an investment prospectus.”

Truman’s delivered address, by contrast, made use of the words “free” and “freedom” twenty-four times in a few minutes, as if talismanic repetition were enough to hinge the defense of private capital accumulation to the maintenance of popular democracy the world over. Yet, despite the inflated rhetoric, economic considerations remained the skeletal core of the Truman Doctrine. Buried inside the address was the acknowledged collapse of British imperial policy in the region, along with an “invitation” from a dubiously democratic, right-wing Greek government for “financial and other assistance” in support of “better public administration.” The imperatives of democracy and self-government—preeminent political values understood by the U.S. public—were subordinated to building “an economy in which a healthy democracy can flourish.” In a final nod to the bean counters, Truman noted that the amount he was requesting was a mere fraction of what the United States spent during World War II, and no less justified as “an investment in world freedom and world peace.”

The challenge for U.S. policy makers going forward was to reconcile a lofty rhetorical and moral emphasis upon the principle of political self-determination with the necessity of investing military force (i.e., “other assistance”) whose paramount end was securing the market freedoms of national and international capitalists. The teleological (and tautological) proposition that a substratum of properly capitalist economic relations organically yielded a democratic harvest would be the farmer’s almanac of a rising generation of modernization theorists. But the reality on the ground—in a world where the main provenance of self-determination was defined by the bloody rearguard defense of colonial prerogatives on the part of the United States’ most important allies and industrial partners—was bitter, and far less susceptible to universalizing nostrums. Straight-talking U.S. policy makers, particularly those at the center of the military apparatus, knew it.