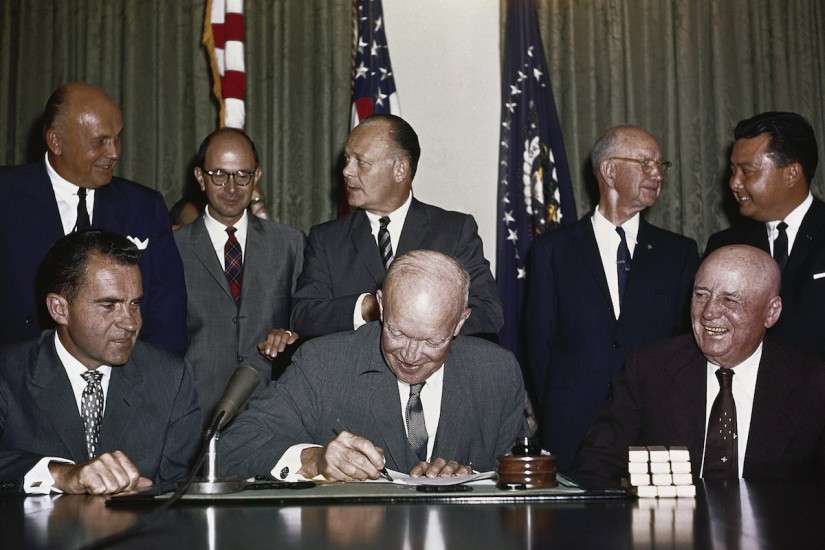 But Hawaii was not an ordinary United States territory and would be unlike any other American state.

For one, Hawaii was not actually in America, at least not physically. Its islands lay in the Pacific, some 2,000 miles from the U.S. west coast.

And Hawaii would become the first state with a majority of people of Asian descent. Many had been ineligible for U.S. citizenship only a few years earlier, before the end of racial restrictions to naturalization.

These two defining characteristics – of Hawaii’s geography and demography – had led Congress to dismiss earlier bids for statehood before World War II. Hawaii was too far away and too Asian to be joined with the continental United States.

Hawaii was annexed as a U.S. territory in 1898. That was five years after white settlers in the islands overthrew the Hawaiian monarchy to establish an American-led government.

Americans had first arrived as missionaries in 1820, and stayed on to establish sugar and pineapple plantations throughout the islands. A shortage of Hawaiian labor led them to seek workers from Asia – first China and later Japan and the Philippines.

Beginning in the mid-19th century, Hawaii became a major conduit for Asian migration to the American mainland, where anti-Asian racism led to a series of immigration exclusion acts. The first of these was the Chinese Exclusion Act of 1882, which eventually led to the near-total restriction of Asian migration in the 1924 Johnson-Reed Act.

Throughout this period, the American settlers who dominated Hawaii’s economy and governance were happy with the territorial status quo. They had carved out a comfortable enclave of wealth and influence, from which they ruled over a racialized working class. Any increased power that statehood might confer on Native Hawaiians and Asians would necessarily undermine white supremacy in the islands.

But the Sugar Act of 1934, which set quotas on Hawaii sugar exports to the continental U.S., changed the calculus of the territory’s white leaders, who now saw the advantage of being a fully equal U.S. state with federal representation. They launched an organized push for statehood.

By 1937, however, the statehood campaign had stalled on the back of a congressional investigation that called into question the loyalty of the islands’ Japanese population, Hawaii’s largest ethnic group.

According to one statehood opponent, the very idea of statehood was “preposterous,” since people of Japanese descent in Hawaii held allegiance to Japan, “which they could not disavow if they would, and would not if they could.”