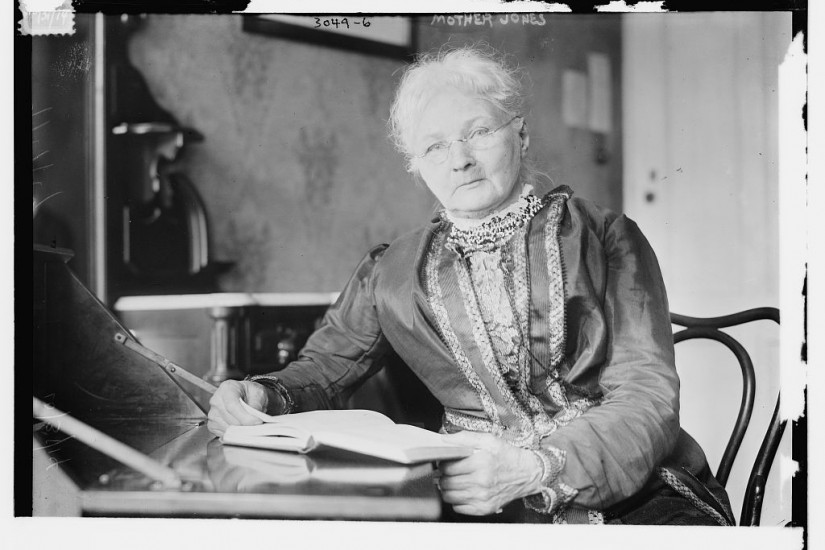 As historian Jessica Wilkerson carefully turned the pages of a notebook documenting a coal miners’ strike, fragments of dried leaves fluttered out. Sudie Crusenberry, who glued it together, was the wife of a disabled Kentucky miner. She had to reuse her children's old school scrapbooks to record the work of her “women’s club,” which helped drive the successful 1973 Brookside Mine Strike. “She was layering memories of her children with this dramatic struggle for justice in the coal fields,” said Wilkerson.

The notebook also held newspaper clippings about the strike, the campaign to help miners dying of black lung disease, and the Ku Klux Klan’s attacks on female organizers. Crusenberry pasted a photo of herself next to the lyrics of “Dreadful Memories,” a song about raising hungry, shivering children in the coal fields. Another page featured a photo and quotation from the spitfire labor organizer Mother Jones.

Crusenberry and other miner's wives inherited a legacy of labor activism from Jones and previous generations of Appalachian women. This tradition is the subject of two recently-published books of history written by women from the region. Wilkerson's To Live Here, You Have to Fight: How Women Led Appalachian Movements for Social Justice documents how the War on Poverty in Kentucky triggered a period of rising activism among Appalachian women in the 1960s and '70s. They, in turn, built on the union organizing at the heart of Never Justice, Never Peace: Mother Jones and the Miner Rebellion at Paint and Cabin Creeks, by Ginny Savage Ayers.

Both authors grew up with a generational fascination with Appalachian history.

An Assistant Professor of History and Southern Studies at the University of Mississippi, Wilkerson hails from East Tennessee, where her distant cousin helped found the Museum of Appalachia.

Her grandfather spent most of his career as a union organizer for the Amalgamated Clothing and Textile Workers Union, and her grandmother papers she had saved from her own involvement in the labor and Civil Rights work of the Coalition of Labor Union Women.

“That I didn't learn about his until I was a young woman, despite my grandmother's deep pride in their involvement in the labor movement, is a testament to the power of conservatism in the region, how it silences and erases certain histories,” Wilkerson said. “It seemed such a relief to my Grandma when she could finally share that history with me."