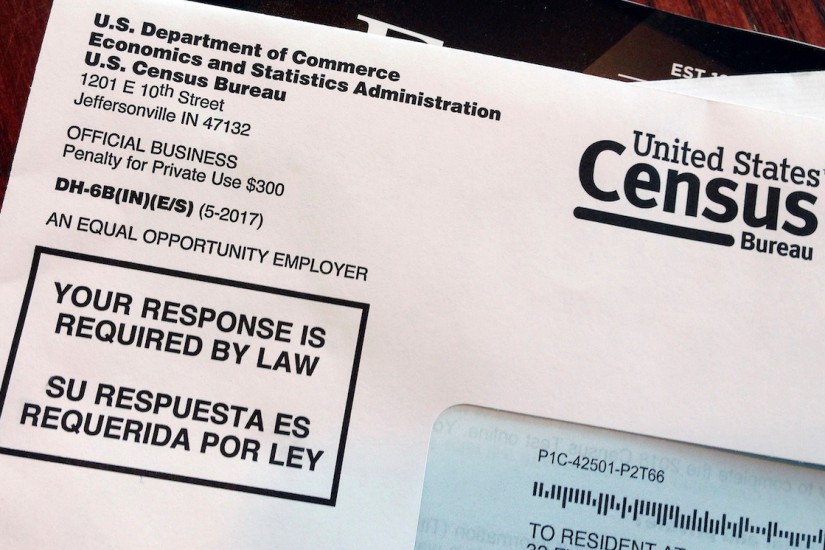 An envelope containing a census letter mailed in 2018 as part of the nation's only test run of the 2020 Census.
AP Photo/Michelle R. Smith
…

We can see from this brief history that there is a precedent for the consequences, in the xenophobic mindset of the modern American right, of adding a question about citizenship status on the 2020 census. When commerce secretary and cartoon plutocrat Wilbur Ross declared on March 26, 2018, against Census Bureau recommendations, that “Is this person a citizen of the United States?” should be added to census forms, it was not in a spirit of inquiry. The goal and inevitable outcome of the change are plainly obvious not only from logic but also from broader historical experience. Take a marginalized, fragile population, make explicit that The Government is interested in making lists of people like them (while regular Immigration and Customs Enforcement raid stories fill the news) and watch them disappear when the census-taker comes around. The odds that any noncitizen, even one with every conceivable legal blessing on their residency, will complete and return a mailed census form are below the odds that the 2020 Democratic Party platform will embrace full communism.

This attempt to politicize the census has not gone unnoticed. Legal challenges have been filed, and major media outlets have dutifully given it coverage, often with an eye on the brazen manipulations of the present administration. Nevertheless, the history of the census, with the possible exception of a brief New Deal interregnum, has always been one of outright manipulation, politicization, marginalization, partisan gamesmanship, and hostility to minority groups. The same census once used to help the United States government round up Japanese Americans into internment camps cannot claim to be inherently benign.

Anything the Trump administration does to pervert the census would represent merely a return to the status quo for the majority of American history. Like so many other things—the welfare state, public education, progressive taxation—the idea that the census should be accurate and apolitical existed, if at all, only briefly in the short interval between the New Deal and the 1980 census. Everything since has been a mounting effort on the part of our economic and political betters to return the United States to the nineteenth century. Getting the numbers wrong is irrelevant so long as the data serve their partisan political purpose. What sense would it make to return to the economy of the Gilded Age without bringing back its politics as well?