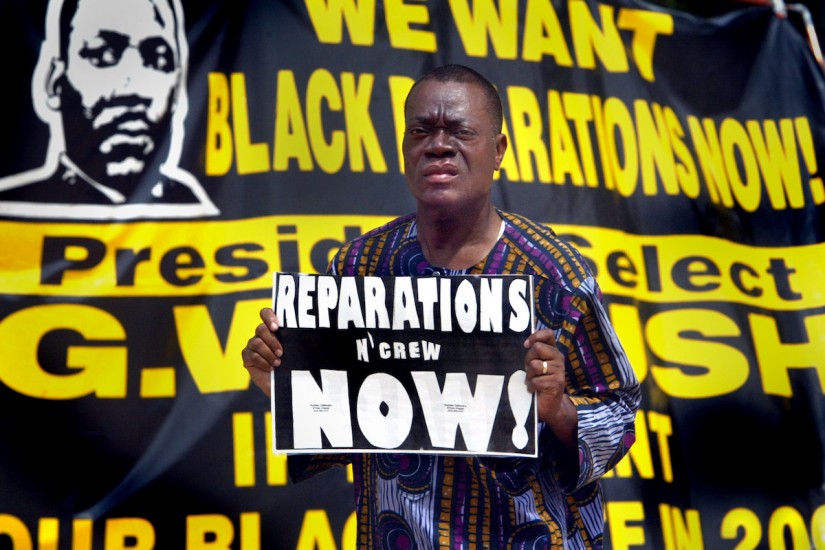 Ta-Nehisi Coates in “The Case for Reparations” attempts, (in precis form), to demonstrate how the institution of slavery and the structural racism that burdens black people today form part of a continuum. The implication is, of course, that there is an on-going injury to that community that can be traced back to slavery. The question, from a legalistic standpoint, is this: any national program of reparations would require a legal framework rooted in the Constitution. Thus the future of a reparations movement will likely hinge on questions of “practicality.”

If our notion of “practicality” is to mean anything, it must encompass the reality of constitutional restraints. Assuming that the addressee of reparations demands is the federal government, the fact cannot be avoided that the federal government possesses limited powers. When it comes to race-conscious policies, those powers are carefully scrutinized by courts.

I want to consider what powers the federal government could feasibly claim to put into practice race-conscious programs meant to address the “lingering effects” of slavery.

It might be helpful to begin with an illustrative example, drawn from the docket of the late Warren Court: the case of Jones v. Alfred H. Mayer Co. (1968). In Mayer, a black family brought suit against Alfred H. Mayer Co. under the 1866 Civil Rights Act, claiming that Mayer had refused to sell them a home in suburban St. Louis solely on account of their race. Thus Mayer concerned a private property owner’s discrimination against a black man who wanted to purchase a home.

The most compelling question provoked by Mayer is this: why, after back-benching it for nearly a century, did the Supreme Court call the 13th Amendment off the bench to justify the original Civil Rights Act of 1866 (42 USC § 1982)?

Section 1982 of the original Civil Rights Act states that “[a]ll citizens of the United States shall have the same right, in every State and Territory, as is enjoyed by white citizens thereof to inherit, purchase, lease, sell, hold, and convey real and personal property.”

Opponents of “Radical Reconstruction” had opposed § 1982 on the grounds that it exceeded Congress’s constitutional authority, affecting as it did private conduct as well as state action. They plead a narrow reading of the 13th Amendment that abolished the formal institution of slavery–both by private action and state sanction–and no more.