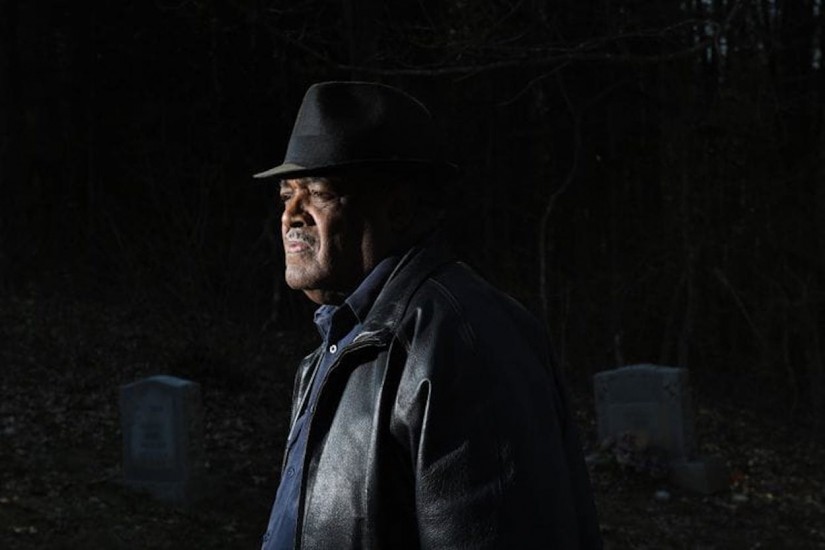 It was cold and snowing, but John Johnson had an appointment to keep. He wasn’t going to let the weather stop him, or the worsening cough he’d been ignoring the past week. He put on his black fedora and drove across town to see a friend.

“John, come on in,” she said, and after they settled at her dining room table, she handed him a piece of paper with the names of 12 people, all of them long dead. He squinted at them through his glasses.

It had been three weeks since Virginia Gov. Ralph Northam pledged to embark on a racial “reconciliation tour” after apologizing for a photo that appeared on his personal medical school yearbook page, showing one person in blackface and another in a Ku Klux Klan outfit. “A forgiveness tour,” is what John called it. He was an 80-year-old African American man, a retired engineer who had calculated that he had six to eight years left on Earth to pursue his own version of racial reconciliation in his corner of southwestern Virginia, which was why he was at the home of a white woman named Beverly Repass Hoch, looking at the names she had written out.

For 30 years, he had been collecting every detail he could about the August 1926 lynching of a black man named Raymond Byrd by a white mob in Wytheville. The lynching was one of more than 4,000 documented in Southern states between 1877 and 1950, killings intended to terrorize black populations and reinforce white supremacy and whose perpetrators — while known to locals — were almost never convicted or even named, a tradition of secrecy that carried on in Wytheville.

What John wanted was to unearth them. He wanted the names of everyone involved, all of them, and now he had more from Beverly, one of whom she acknowledged had been part of her family. She had some other things to tell John, too. But first she asked for an assurance people were always asking him for, which was to keep the names to himself. He promised.

It was by most accounts the last documented lynching in Virginia, the first details of which were reported in a three-paragraph story in the Wytheville paper, above the weather and the social column.