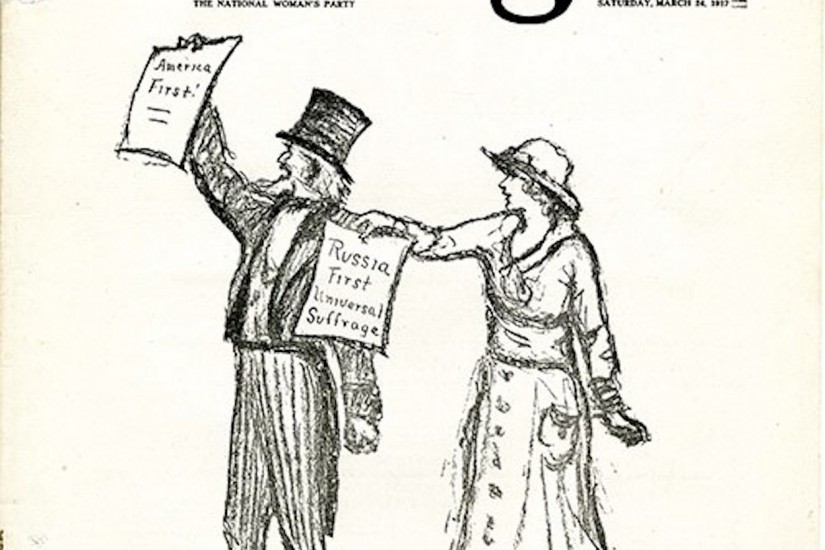 The history of the US woman suffrage movement is usually told as a national one. It begins with the 1848 Seneca Falls convention; follows numerous state campaigns, court battles, and petitions to Congress; and culminates in the marches and protests that led to the Nineteenth Amendment. This narrative, however, overlooks how profoundly international the struggle was from the start. Suffragists from the United States and other parts of the world collaborated across national borders. They wrote to each other; shared strategies and encouragement; and spearheaded international organizations, conferences, and publications that in turn spread information and ideas. Many were internationalist, understanding the right to vote as a global goal.

Enlightenment concepts, socialism, and the abolitionist movement helped US suffragists universalize women’s rights long before Seneca Falls. They drew their inspiration not only from the American Revolution, but from the French and Haitian Revolutions, and later from the Mexican and Russian Revolutions. Many were immigrants who brought ideas from their homelands. Others capitalized on the Spanish-American War and the First World War to underscore contradictions between the United States’ growing global power and its denial of woman suffrage. A number of women of color used the international stage to challenge US claims to democracy, not only in terms of women’s rights but also in terms of racism in the United States and in the suffrage movement itself. The complex international connections and strategies that suffragists cultivated reveal tensions in feminist organizing that reverberated in later movements and are instructive today.

These multiple, and sometimes conflicting, international strands worked in synergy, bolstering the suffrage cause and expanding the women’s rights agenda. The resources that women shared with each other across national borders allowed suffrage movements to overcome political marginalization and hostility in their own countries. A radical challenge to power, the US movement for women’s voting rights required transnational support to thrive.