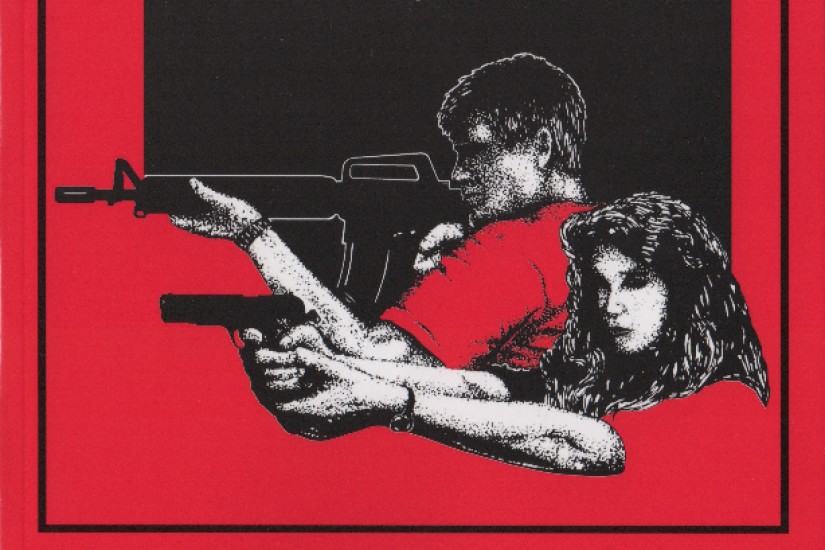 Image from the cover of "The Turner Diaries," a 1978 novel by William Luther Pierce.
…

After Trump’s moral equivocation between those who marched with neo-Nazis in Charlottesville and their opponents, some conservatives began to take the threat of the alt-right more seriously. Whether their concern was genuine or self-interested, actions such as the Daily Caller’s cutting ties with Unite the Right organizer Jason Kessler signaled that there was a line that would be held.

However, conservatives probably underestimate the extent to which the racism of the alt-right has insinuated itself into their movement. What is presented as a plea for peacefully dissolving the union appears to be driven by paranoia about white genocide and a belief that a war between the races is all but inevitable.

At American Greatness, Christopher Roach complains that “The Left Won’t Allow a Peaceful Separation,” drawing a clear link between the left’s “totalitarian” racial agenda and the impulse toward separation. “[For the left] it is not enough for France or Germany to destroy themselves with mass Arabian and African immigration,” he argues. “Poland and Hungary must be punished for refusing to do so.”

Robert Curry, a director of the Claremont Institute, makes a similar connection between fears of racial transformation and civil conflict. In an essay analogizing the 2018 and 1864 elections, Curry warns that “if a Democrat-controlled Congress can prevent the President from building the wall and keep him tied up long enough for them to get their demographic transformation of America past the point of no return, it might well be game over for the regime of liberty.”

It’s not hard to see how this narrative of fear and victimization could lead to ideas about resistance and vengeance.

The Turner Diaries is probably the most influential fictional account of an American race war. Written in 1978 by neo-Nazi leader William Luther Pierce (under the pen name Andrew MacDonald), the book tells the story of Earl Turner, a terrorist who joins a revolutionary insurgency against the U.S. government that leads to global white domination. It became notorious in 1995, when excerpts were found with Timothy McVeigh upon his arrest in connection with the Oklahoma City bombing.

In the book, national gun confiscations inspire a white supremacist group called the “Organization” to begin a campaign of terror against a Jewish-controlled U.S. government, called the “System.” The Organization works its way from assassinations, to the truck bombing of the FBI, to a mortar attack on a Joint Session of Congress, to full-scale civil conflict, and ultimately global nuclear war. Genocide is waged against Jews and blacks.

It’s chilling to revisit The Turner Diaries and see that its themes are now being repeated as right-wing tropes.

…
View on The Bulwark
View Connections