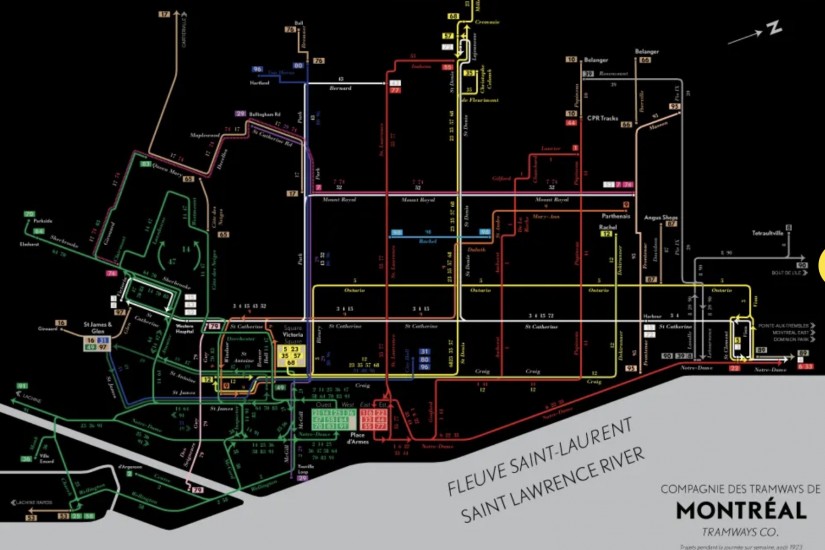 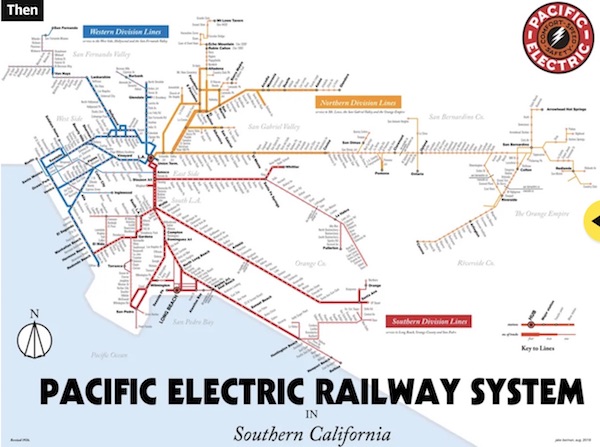 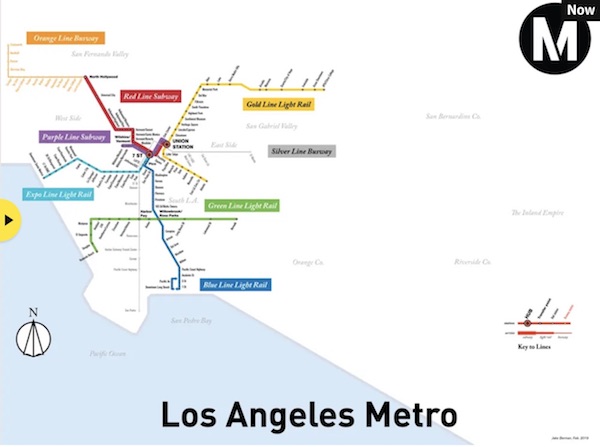 Los Angeles was once served by the Pacific Electric Railway, which boasted in its marketing that it was largest electric railway system in the world. The 1926 map here is based on original service guides I found in the Los Angeles Public Library, with assistance from the Los Angeles Metro’s archivists. It is popularly believed that the Pacific Electric fell victim to a nefarious conspiracy by General Motors, but the truth is simpler. The Pacific Electric was poorly run, and by the time of its collapse the public refused to spend money to save it, as happened in Chicago and New York.

My original sources are comprehensive but they’re also extremely hard on modern eyes. The most difficult task was to redraw the complex black and white original in full colour. As for the modern LA Metro, it’s not an accident that many of the lines are the same. Much of the modern LA Metro is simply a rebuilt Pacific Electric. 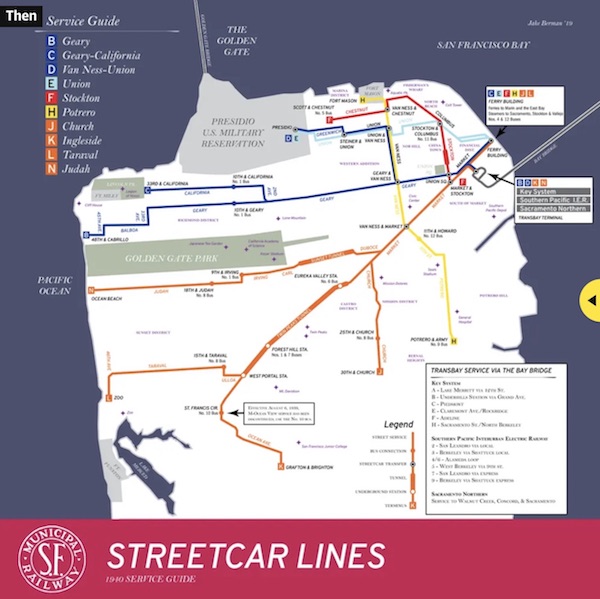 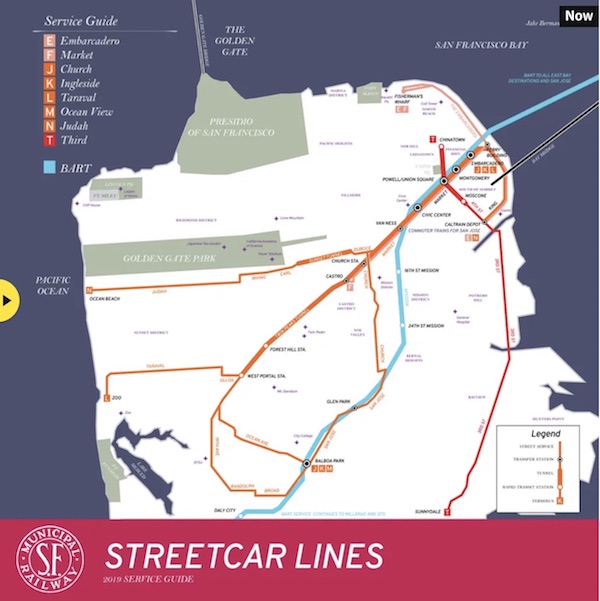 This pair of maps draws inspiration from the official 1940 service guide of the San Francisco Municipal Railway. San Francisco didn’t suffer nearly as much from the postwar highway boom, so the street grid remains largely the same. (The remaining pre-second world war sections of the streetcar system remain in place because the tunnels and trenches were too narrow to be converted for buses to use). Virtually uniquely among American cities, San Francisco built a rapid transit system in lieu of a freeway network, and so in many ways public transport today has better service than it did in 1940. 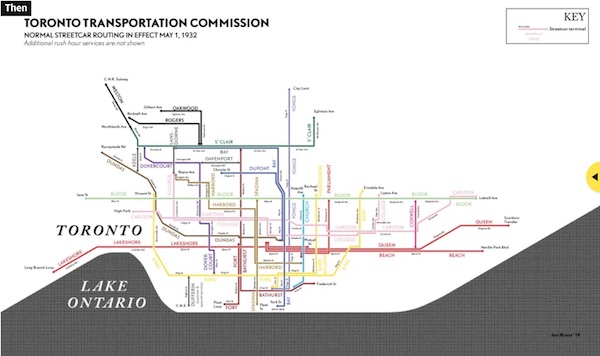 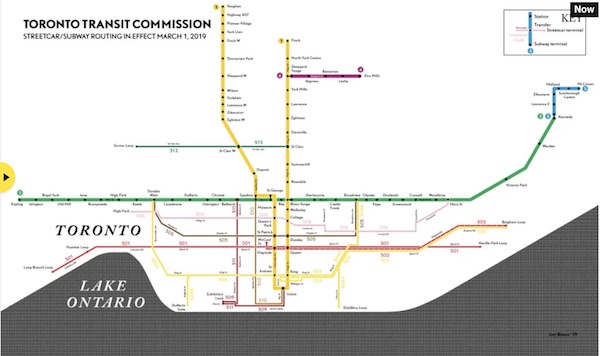 Toronto, like San Francisco, kept a substantial portion of its prewar streetcar network. Canadian cities tend not to feature the extensive freeway networks of their American counterparts, and have correspondingly higher levels of mass transit use. In fact, after the second world war, Toronto took advantage when American cities shut their streetcar systems down, buying cheap decommissioned-but-still-functional trains. Stylistically, I’ve based this map on a mix of the Toronto Transportation Commission’s 1932 map, and its iconic tile letters.