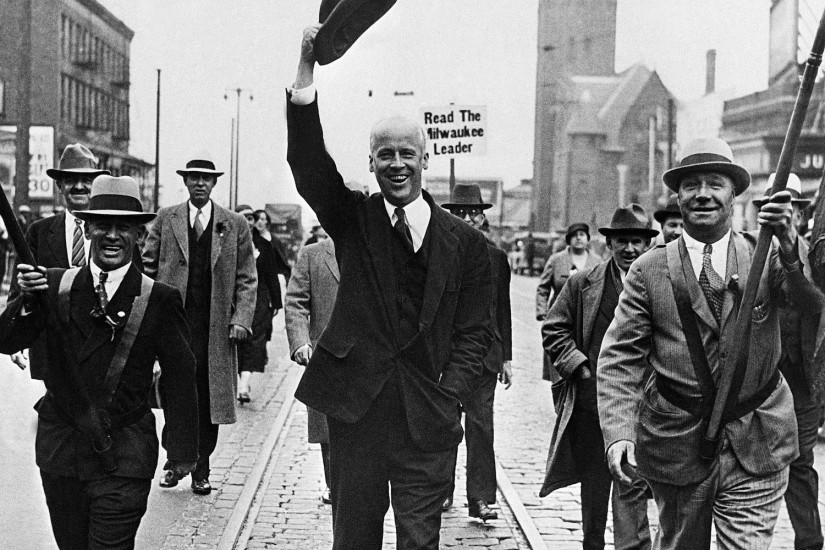 "If I owned all the real estate in the world, I wouldn’t feel so powerful as I do on the streets of this socialist city,” declared former New York City councilman Baruch Vladeck when he arrived in Milwaukee in 1932 for the Socialist Party’s national convention in that city.

Norman Thomas, the famed civil-rights and economic-justice campaigner who became the party’s presidential nominee that year, celebrated the fact that he was chosen for that honor in a city governed by Socialists. The success of Milwaukee under then-Mayor Dan Hoan, Thomas said, was proof that the party’s social-democratic “dreams will someday come true.”

“Someday” was dramatically delayed by the results of the 1932 elections. The Socialist ticket did well, securing almost 900,000 votes nationwide and registering its highest percentage of the total vote in Wisconsin. The winner of that year’s race, Democrat Franklin Delano Roosevelt, took notice: He met with Thomas after the election and borrowed liberally from proposals that had long been championed by the Socialists—for a Social Security system, unemployment compensation, strengthened labor unions, and public-works programs. Roosevelt’s New Deal took the wind out of the Socialist Party’s sails in the national arena, but the party remained a force in Milwaukee for decades to come.

Now that Milwaukee has been selected as the host city for another national convention—that of the Democrats in 2020—Republicans have suddenly discovered its history. “No city in America has stronger ties to socialism than Milwaukee,” griped Wisconsin Republican Party director Mark Jefferson. “And with the rise of Bernie Sanders and the embrace of socialism by its newest leaders, the American left has come full circle. It’s only fitting the Democrats would come to Milwaukee.” Wisconsin Republican Senator Ron Johnson said the Milwaukee convention would provide a “firsthand look” at “the risk of Democrat socialistic tendencies.”

Apart from the fact that Wisconsin’s top Republicans don’t seem to like the state—or its history—very much, the GOP response is comic. Many Wisconsinites know that their state has a long, rich socialist tradition, and that Milwaukee’s association with it is one of the coolest things about the city. It even earned a mention in the movie Wayne’s World, when rocker Alice Cooper explains, “I think one of the most interesting aspects of Milwaukee is the fact that it’s the only major American city to have ever elected three Socialist mayors.”