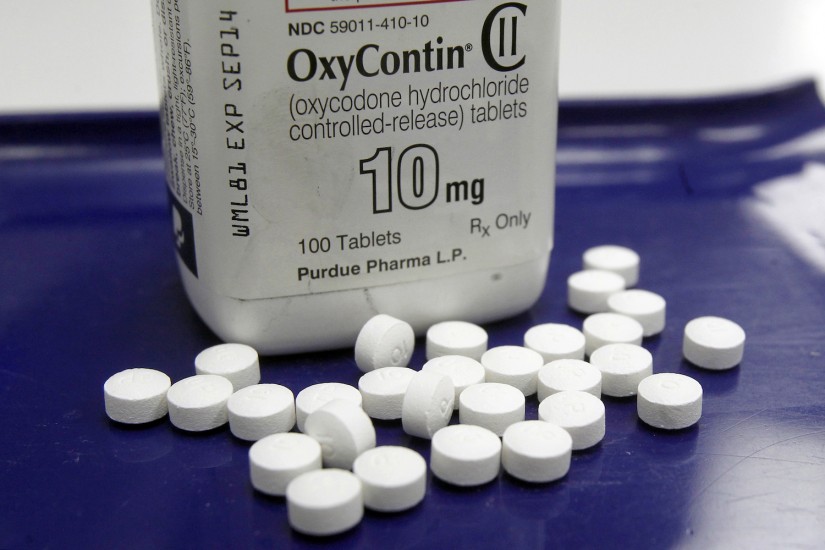 Since OxyContin’s arrival on the US market in 1996, a widespread increase in opiate use in America has killed more than 400,000 people. Drug overdoses have been the leading cause of accidental death in the United States since 2008, when they surpassed deaths from road accidents. In 2017, more than 49,000 Americans died of opiate-related overdoses.

The epidemic has a narrative, divided into three waves of molecularly similar drugs: first, OxyContin and other prescription pills; then heroin; and now, especially since 2016, an opioid called fentanyl that is more potent in smaller quantities, and therefore easier to smuggle and also more likely to kill. There is also now an established genre of newspaper stories that tell of overflowing morgues in the Rust Belt, of parents overdosing at Little League baseball games, of once safe rural areas overtaken by criminal junkies, of open-air heroin markets in homeless encampments in major cities, of public librarians and Starbucks employees who have learned how to revive an overdosing patron with naloxone.

The horror of a video showing a toddler tugging at her mother’s unconscious form in a supermarket conveys more easily the horror of the corruption, avarice, poverty and stupidity that created the problem in the first place. How this happened – how the number of deaths from opiate overdoses increased by a factor of six in the US between 1999 and 2017 – is the subject of several recent books. Dopesick, by Beth Macy, describes the effects of opiate use in Appalachia, where she worked as a newspaper reporter. Dreamland, by Sam Quinones, describes the rise of a super-efficient network of dealers of Mexican black tar heroin in the US and its effects on one particular town in Ohio. American Overdose, by Chris McGreal, a correspondent for the Guardian, offers a more detailed view of the corruption that enabled the spread of opiates to go unchecked by the healthcare industry, government or law enforcement.

Each of these books devotes chapters to the history of OxyContin, a so-called blockbuster drug whose lamentable success was owed to a confluence of factors particular to the US. They include, but are not limited to: the country’s dysfunctional privatised healthcare system, which makes it possible for addicts to accumulate doctors willing to prescribe painkillers in a way they can’t in the UK; a corrupt regulatory agency beholden to the industry it was tasked with regulating; a punitive legal paradigm that criminalises drug users instead of helping them; an abstinence-only approach to treating drug addiction that impedes evidence-based medication-assisted treatment; corporate greed; a political class that takes marching orders from the lobbyists of said corporations; entrenched poverty, joblessness and hopelessness; and a general epistemological failure when it comes to ideas about what ‘drugs’ are, which psychoactive chemicals are safe and which are dangerous, and what a drug dealer is supposed to look like. These factors converged in such a way as to unleash hundreds of millions of potent pills out into the world in the late 1990s and 2000s, which in turn prepared a consumer market for heroin. Hundreds of thousands of lives have been lost, each one of them a world.
…
View on London Review of Books
View Connections