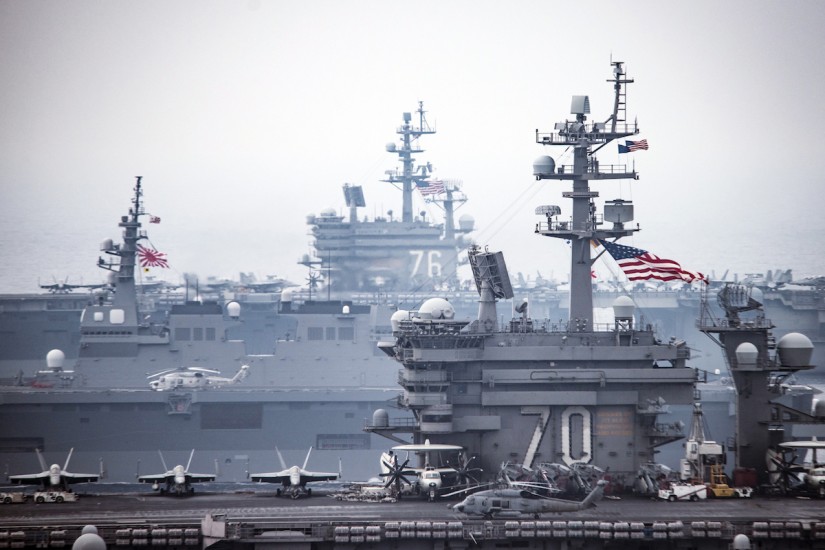 A cynic might say that Trump simply says out loud what many on the right have long thought in private. He is clearly a racist, but the mass incarceration of black men since the 1970s has been a bipartisan policy. His inflammatory remarks about immigration are appalling, but it isn’t as though liberal centrists would advocate a policy of open borders. The question – and it is a real question – is whether his disinhibited rhetoric announces a disastrous slide from the hypocrisies and compromises of the previous status quo into something even darker. The concern is that he will trigger an illiberal chain reaction both at home and abroad.

At G20, G7 and Nato summits, the mood is tense. The rumour that the US is planning to charge host governments ‘cost plus 50 per cent’ for the military bases it has planted all over the world is the latest instance of a stance that at times seems to reduce American power to a protection racket. But for all the indignation this causes, what matters is the effect Trump’s disruptive political style has on the global power balance and whether it indicates a historic rupture of the American world order. How much difference does the US being rude to European Nato members, refusing to co-operate with the WTO, or playing hardball on car imports really make?

This is not merely a debating point. It is the challenge being advanced by the Trump administration itself in its encounters with its allies and partners. Do America’s alliances – do international institutions – really matter? The administration is even testing the proposition that transnational technological and business linkages must be taken as given. Might it not be better for the US simply to ‘uncouple’? Where Trump’s critics argue that at a time when China’s power is increasing the US should strengthen its alliances abroad, the Trumpists take the opposite view. For them it is precisely in order to face down China that the US must shake up the Western alliance and redefine its terms so that it serves American interests more clearly. What we are witnessing isn’t just a process of dismantling and destruction, but a deliberate strategy of stress testing. It is a strategy Trump personifies, but it goes well beyond him.
…
View on London Review of Books
View Connections