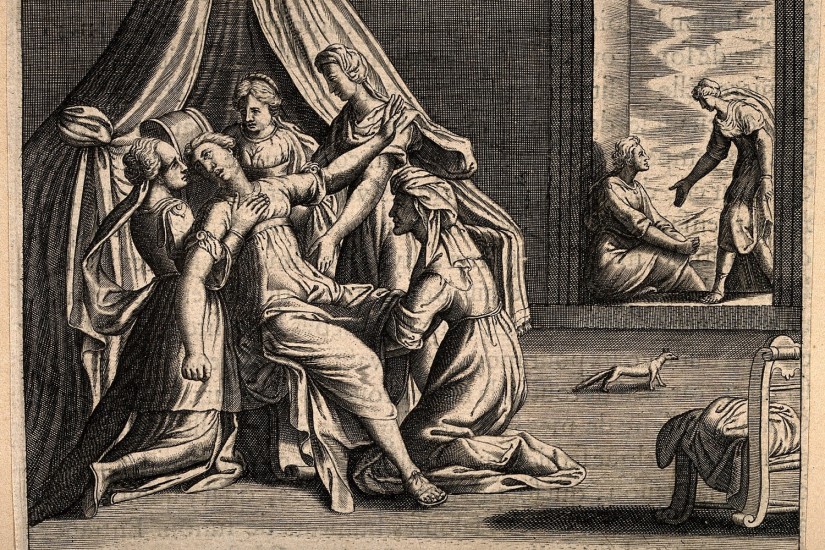 For the last decade, I’ve been reading and writing about other women’s pain. Contractions lasting 72 hours. Feverish deliriums after a punctured uterus. A woman beaten with a tree branch. I study the history of gender and medicine, and my book manuscript examines the parallel processes of the medicalization of childbirth and the criminalization of abortion in early twentieth-century Rio de Janeiro, Brazil. In the beginning, my sources — criminal cases, clinical notes, medical dissertations — were hard to stomach.

I cringed every time I read about a botched abortion procedure, such as when Maria Bessa’s uterus and small intestines were punctured during a curettage abortion. I audibly reacted to the fact that Olympia Octavia da Faria waited an entire day for her husband to come home from work to call a midwife despite painful contractions. Tears came to my eyes when Olivia Nogueira da Gama described stabbing her newborn child in the neck.

But soon, to get through the hundreds of sources I had in front of me, I became numb. I annotated each maternal or infant death matter-of-factly — as just another data point on my ever-growing spreadsheet. At a conference several years into my graduate school career, an audience member asked me how I read the horrible stories that I was so calmly relaying to them. My answer, to me at least, was unsatisfactory. I don’t think about it, I said. I read so many sources; I didn’t have time to dwell on the unsettling and upsetting details.

But if I explicitly state that my work centers women’s experiences, and that “it remains grossly negligent to not center women’s bodies [in the history of reproduction] as it erases their fundamental role in that history,” how can I just ignore their pain? The question came to the fore again at a more recent conference, where I presented on a “temporary sterilization procedure” that involved injecting caustic substances or boiling water into a woman’s uterus at monthly intervals, without anesthesia. This removed the uterine lining and prevented or ended a pregnancy.

I had read so many newspaper articles and court cases about the issue that I again glossed over the intense pain that must have accompanied the procedure. Yet women were also voluntarily submitting themselves to the intervention. They did not want to — or could not — be pregnant. The commentator on the panel asked me: “And what about how it felt to undergo this procedure? Did these women describe their pain?”