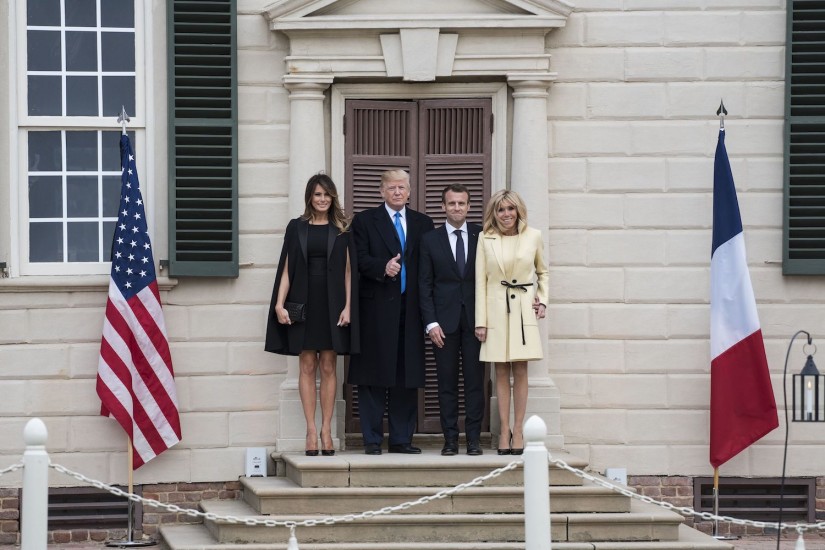 President Donald Trump had some advice for George Washington.

During a guided tour of Mount Vernon last April with French president Emmanuel Macron, Trump learned that Washington was one of the major real-estate speculators of his era. So, he couldn’t understand why America’s first president didn’t name his historic Virginia compound or any of the other property he acquired after himself.

“If he was smart, he would’ve put his name on it,” Trump said, according to three sources briefed on the exchange. “You’ve got to put your name on stuff or no one remembers you.”

The VIPs’ tour guide for the evening, Mount Vernon president and CEO Doug Bradburn, told the president that Washington did, after all, succeed in getting the nation’s capital named after him. Good point, Trump said with a laugh.

America’s 45th president is open about the fact that he doesn’t read much history. Trump said in July 2016 that he had never read a presidential biography — and had no plans to do so. Though he is an avid fan of George Patton, the flashy, tough-talking World War II general, he has shown less interest in learning about his presidential predecessors or about the office he now occupies. Former White House aides say Trump initially did not know the history of the Resolute Desk, which has been used by presidents since Rutherford B. Hayes, though he now enjoys showing it off to visitors to the Oval Office.

Trump’s lack of interest in presidential history, said the historian Jon Meacham, means that he has “basically thrown out the one data set available to him. We don’t have anything else to study. It’s all you got.” It also stands in contrast to the fascination of other presidents with their predecessors. Even former President George W. Bush — not known as a tweedy intellectual — consumed several presidential biographies while in office.

A spokeswoman for Mount Vernon pointed to a statement posted on the estate’s website at the time of the president’s visit. “We are always happy to extend the famous Washington hospitality to the President of the United States and visiting dignitaries from around the world,” said Mount Vernon Regent Sarah Miller Coulson. The White House did not respond to a request for comment.