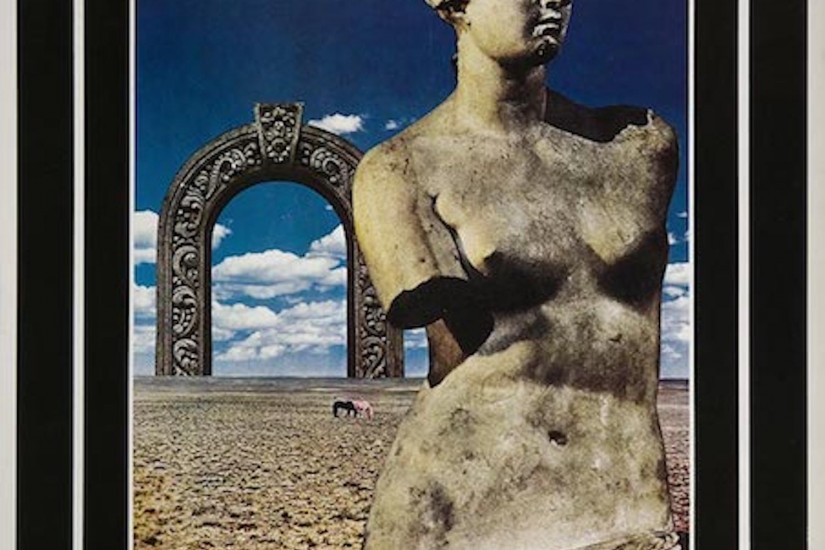 By San Francisco standards, Singer was kind of a square. Sure, he was an aspiring artist, but his life history—a childhood in rural Pennsylvania, a stint in the Navy as a radio operator, a middling career doing marketing for shipping companies and wineries—was hardly preparation for following in the footsteps of Wes Wilson, Alton Kelley, Stanley Mouse, Rick Griffin, and Victor Moscoso, the giants of San Francisco’s psychedelic rock-poster scene. To make matters even more difficult for himself, Singer’s aesthetic sensibilities leaned toward Surrealism, with perhaps a splash of Dada, but his work was definitely not psychedelic. As for Singer’s medium of collage, that choice seemed downright creaky.

But Singer had been directed to Graham, and to Graham he would go. “I knew where his office was because I had been to Fillmore West many times,” Singer tells me during one of numerous interviews we conducted at his home, along with countless other less-formal conversations. “Bill had a receptionist named Marushka Greene, photographer Herbie Greene’s wife. Her desk was in front of Bill’s door, so you couldn’t just waltz into his office, even though the door was open. So, I walked up to Marushka and explained that I wanted to show my artwork to someone. She said, ‘You’ll have to show it to Bill.’” From her side of the desk, Greene could turn her head to see that Graham was on the phone—it would have been unusual if he wasn’t—so she punched a button on her intercom and called for Pat Hanks.

At the time, Pat Hanks was Bill’s right-hand man, trusted enough to run interference for the boss when artists showed up with their portfolios hoping to get a shot at designing a Fillmore poster. That happened a lot. Designing a poster for Bill Graham was no guarantee that an unknown artist would become the next Victor Moscoso, but that was certainly the hope.

“Pat was backstage somewhere,” Singer continues, “but eventually he came out.” Apparently, Singer was a novel sight for Hanks. “He looked me up and down,” Singer recalls. “Back then, I had fairly short hair and didn’t wear the normal hippie attire. Plus, I was carrying this beautiful black art case, really professional looking, that was filled with my collages.” Hanks asked Singer to follow him to the other side of the big room outside Graham’s office. The two men walked together until they reached a door. Hanks opened it. “Inside was a smaller room, maybe more like a big closet,” Singer remembers, “and he said, ‘You can leave your artwork in here.’ And as I’m standing in the doorway, looking into this room, I see it’s filled with portfolios. I couldn’t believe it. There must have been 40 of them in there.”

It was, in short, the room where the pipe dreams of would-be rock-poster artists went to die.