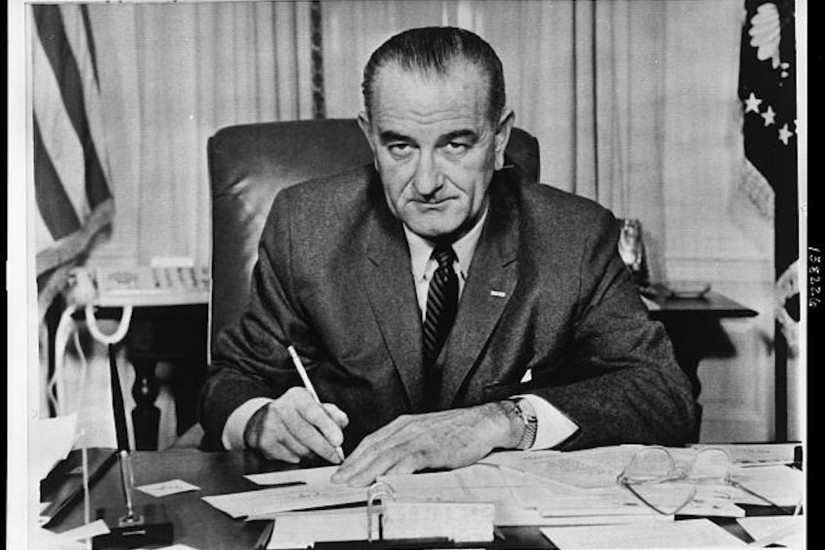 ‘40 acres and a mule’
Efforts to avoid establishing a precedent for reparations arose in part because former slaves and their descendants have long sought some sort of compensation for their suffering under slavery and segregation. These efforts have achieved little.

Perhaps the best-known measure intended to get blacks on their feet after the Civil War was General William Sherman’s promise of land and loaned mules to work it.

Yet after taking office in 1865, President Andrew Johnson rescinded efforts to distribute land to those who were freed. Scholar-activist W. E. B. Du Bois thus observed that “the vision of ‘forty acres and a mule’ … was destined in most cases to bitter disappointment.”

‘Freedom is not enough’
A century after the Civil War, however, President Lyndon Johnson hinted at the need for reparations when he pushed through civil rights legislation intended to make blacks full citizens.

During a speech at Howard University in 1965, he declared: “Freedom is not enough. … It is not enough just to open the gates of opportunity.”

Although Johnson didn’t call explicitly for reparations, he urged something more than just equal rights for blacks – something that would rectify the economic disadvantage blacks faced. The speech has often been seen as a harbinger of affirmative action.

Two years later, in the aftermath of urban riots in Newark, Detroit and elsewhere, Johnson created the Kerner Commission to investigate the causes and recommend remedies. The commission found that “white racism” was the basic cause of the racial unrest and proposed massive investment in black communities.

Although the report was a best-seller, Johnson found the conclusions politically distasteful and distanced himself from the commission.

Martin Luther King Jr. agreed with these critical assessments of black deprivation, but generally couched his appeals for addressing poverty in interracial terms. King did once indicate that he was coming to Washington “for a check,” but this was a rare aside.

The heart of King’s “Poor People’s Campaign,” his main focus toward the end of his life, was a universal basic income, not reparations.

But others would pick up the reparations baton. Black radical James Forman, for example, stormed Manhattan’s famously progressive Riverside Church in May 1969 to demand $500 million from “the white Christian churches and Jewish synagogues that are part and parcel of the capitalist system.” This and other demands formed the basis of the Black National Economic Conference’s “Black Manifesto.”