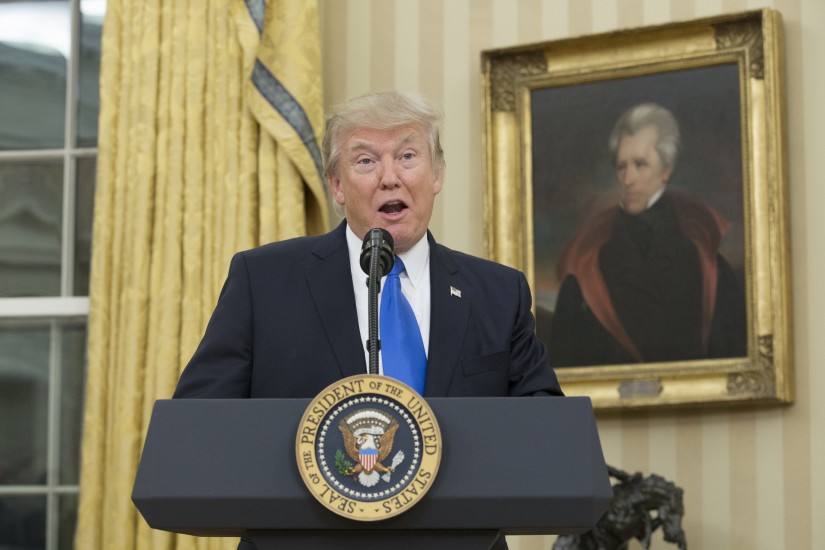 It wasn't crazy for Trump to speculate about how Andrew Jackson might have dealt with the crisis that began with the Kansas-Nebraska Act of 1854 (which resulted in "Bleeding Kansas" — the first significant outbreak of violence over the slavery question) and culminated in shots fired at Fort Sumter in 1861.

Historians do this all the time in what they call "counter-factual" exercises. For a wonderful book on the subject read: "What If?: The World's Foremost Military Historians Imagine What Might Have Been," which includes speculative essays by renowned historians David McCullough, James McPherson, Stephen Ambrose and John Keegan.

It also wasn't crazy for Trump to suggest that Andrew Jackson might have prevented the Civil War.

In doing so, Trump didn't state that Jackson was alive in 1861, as many critics have said in their attempt to depict Trump's comments as either woefully ignorant or, as Scarborough did, equivalent to "dementia."

It is obvious Trump understood when Jackson served in the White House from the first sentence of the interview and his use of the phrase "had Andrew Jackson been a little later."

When Trump said about Jackson — "He was really angry that he saw what was happening with regard to the Civil War, " he said, 'There's no reason for this.' Trump seems to have been referring to the active secession movement in the South, which began in earnest during Jackson's presidency (1829-1837), and continued to grow in intensity until his death in 1845 and beyond.

Indeed, Andrew Jackson was exactly the right president to reference in the "counter-factual" Trump raised.