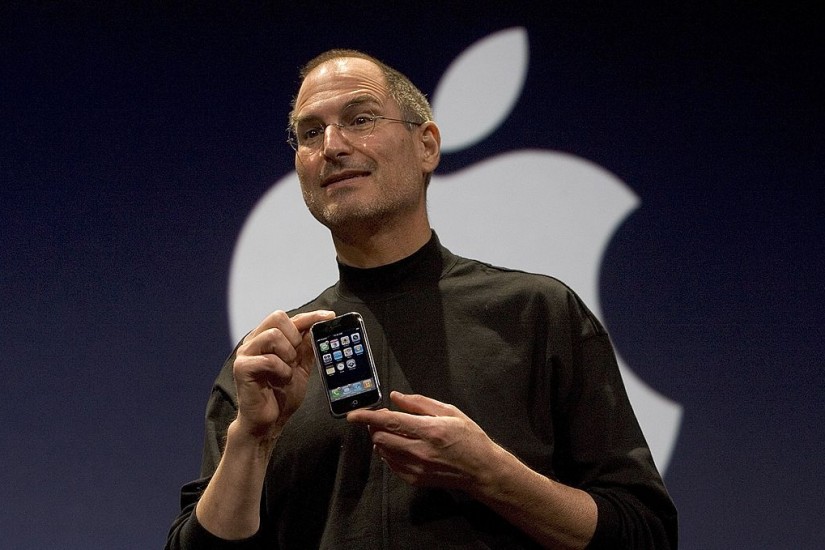 Steve Jobs holds up the new iPhone that was introduced at Macworld on January 9, 2007.
David Paul Morris/Getty Images
…

Joseph Schumpeter, who elaborated an influential theory of innovation three years before the debut of the Innovation tango in his 1911 book The Theory of Economic Development, treated it as both a process and a product, with no sense of the old conspiratorial connotation. Schumpeter used “innovation” to describe capitalism’s tendency toward tumult and transformation. Critical to his definition is the distinction Schumpeter makes between innovation as the refinement of a process or product, and invention, the creation of something entirely new.

While Schumpeter was suspicious of the mythology of the inventor, the innovator, a more complex figure, was fundamental to the process he was describing. He understood innovation historically, as a process of economic transformation, but for him this historical process relied upon a creative, private agent to carry it out. Schumpeter’s term for this agent was “the entrepreneur.” To innovate, Schumpeter wrote later, was to “revolutionise the pattern of production by exploiting an invention or, more generally, an untried technological possibility for producing a new commodity.”

In the second decade of the twentieth century, the word began to appear regularly in brand names and advertisements (and short-lived dance crazes) in its now familiar form: as a new, improved product or process. One of the first major products to be advertised as an innovation was the Innovation wardrobe trunk, which Gimbel’s department store offered in 1915 to appeal to customers’ desires for the chimera of the new. (The trunks, the innovative features of which seem to have been their durability and “roomy construction,” were so popular that an “innovation trunk” became a generic name for any trunk, like “Kleenex” is for tissues.)

Although innovation has been thoroughly rehabilitated and purged of subversion, it retains its old accent of individual prophetic vision, the talent of those who, as Hobbes said of “innovators” in 1651, “suppose themselves wiser than others.” It is not that innovation has lost its old moral connotation; instead, it has reversed. What we once regarded as deviant and deceitful is now praised as visionary.