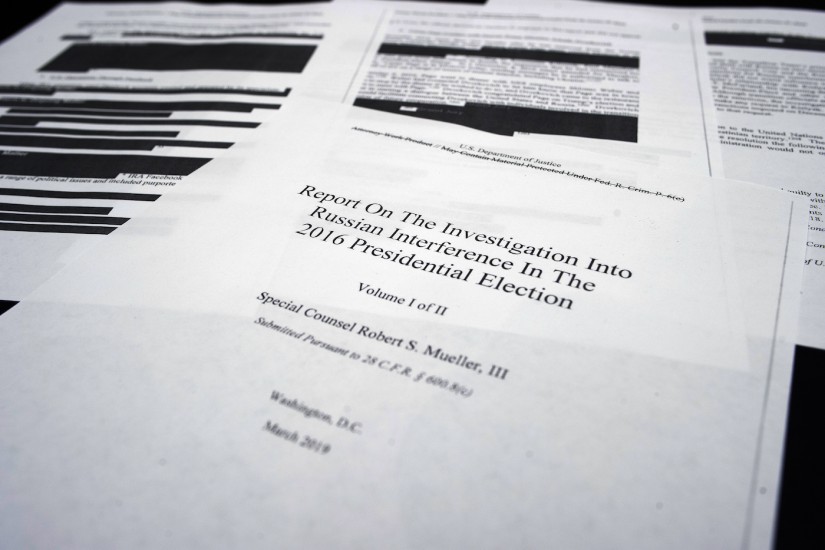 The National Security Archive has published hundreds of examples over the years of “dubious secrets” where U.S. government censors blacked out documents that had already been released in full – or redacted entirely different parts of the same document at different times.  This surprisingly common occurrence throws into relief how subjective the classification process is and how often agency declassifiers opt for the most sweeping rulings that wind up denying the public reasonable access to their government’s information.

The release of the redacted Mueller report today focuses new public attention on the systemic problem of over-classification and the routine overuse of exemptions to the Freedom of Information Act that are supposed to be reserved for protecting true secrets. (See for instance this week’s AP story in the Washington Post and the feature on PRI's "The World.")

Included in today’s posting is a famous precursor of the Mueller document – the outside consultant’s report from 2002 on racial discrimination within the Justice Department, which Justice’s own experts on information policy redacted in completely unjustified ways, a fact that could be confirmed only after the accidental removal of the electronic veils over deleted portions of the document.

Also in today’s e-book are a number of classic examples of U.S. government over-zealousness in applying a figurative Magic Marker to information that was already public or should be public.

1
Message from Chairman Khrushchev to President Kennedy, October 27, 1962
Soviet Premier Nikita Khrushchev advanced the proposal to remove American missiles from Turkey at the height of the Cuban Missile Crisis.  Despite the notation in the document on the left that Khrushchev's message had been public, Defense Department reviewers decades later blacked out the missiles' location. The DOD release came in 2009 whereas the State Department’s FRUS series (right) published the full Khrushchev message in 1996.