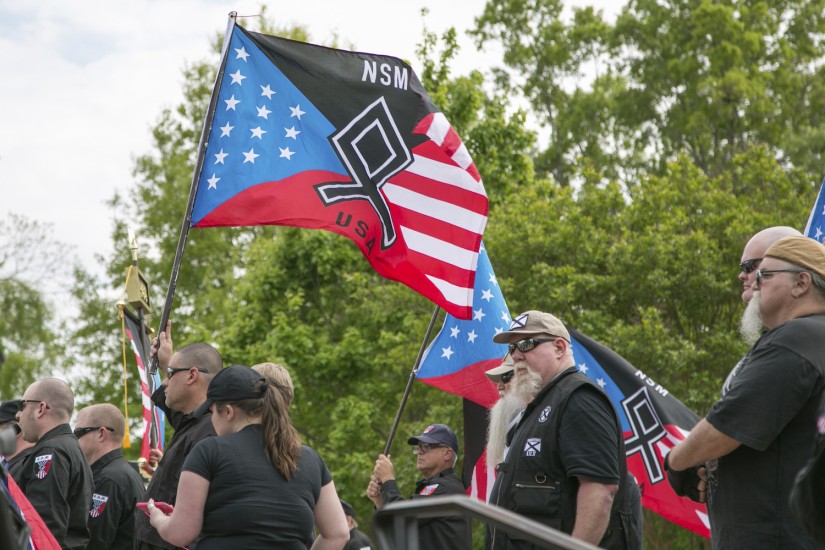 So, in working together in the Histories of Violence Collective, we spent a lot of time talking about the politics and ethics of writing histories of violence. And we gave thought to how to do it responsibly. Is there a section of a paragraph in the book that was the most challenging for you to figure out how to write? How did you approach writing that section?

KB: I think my answer actually might be that the whole book has this problem, because there are several ethical questions related to depicting white-power violence. One is that some people have argued that naming these actors contributes to a sense of fame or notoriety that might spur others to violence. We see an example of this in one really excellent journalistic book about white power in the ’80s that Timothy McVeigh used to organize his cell in the ’90s, and we know that because he checked it out of the library, and made everyone read it.

Some scholars have, for this reason, elected not to name their sources when they write about these groups, or to name the specific groups. The problem for a historian is that others can’t replicate their research or track change over time, because you haven’t established a baseline archive of how it has worked. I struggled with this a lot. And also with the problem of different constituencies along the way that were concerned that I was extending too much historical empathy or not enough historical empathy to my actors.

For me, all of this comes down to the ethical question of how we think about what could be the good of the book. To me, depicting it and naming the people is an ethical call to treat white-power violence not as the isolated work of madmen or lone wolves, which is a frame that evacuates culpability both from the people doing the violence and from the broader movement that supports them, and also from the state and its role in waging wars, which come home into the domestic space in all kinds of unpredictable ways that we haven’t grappled with.

So to me, that project of accountability, the urgency of that, outweighs those other concerns. But it’s hard, because as you’re writing, you do have to weigh out exactly how you want to proceed through these things. I also find that, as a historian, without extending a degree of historical empathy, there is simply no way to follow the story. If you don’t take seriously that these actors believe in this as a persuasive political ideology, then there is no reason to follow them from place to place and figure out how this all fits together.