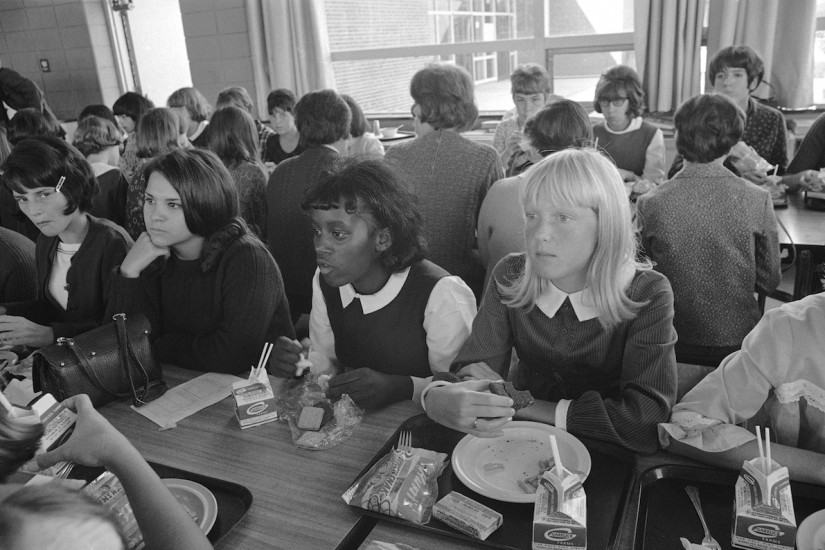 METCO is a source of pride for many in Boston, a city known for its violent opposition to mandatory school busing in the 1970s. Famous alumni of the program include Marilyn Mosby, the top prosecutor in Baltimore, and Audie Cornish, the co-host of All Things Considered on NPR. Many METCO kids excel in the well-funded suburban schools: About 98 percent of METCO kids graduate from high school, compared with somewhere between 60 to 70 percent of students who attend schools in Boston, and nine in 10 say they plan to go on to higher education, compared with 59 percent in Boston, according to state data.

METCO is especially important today, as the political appetite for integration—never great—seems to be waning. The Trump administration discontinued a $12 million Obama-era grant to help local school districts boost diversity, and is scaling back federal efforts to enforce fair-housing laws. It is throwing support behind charter schools, which teachers’ unions have argued are a way to undermine integration. Trump’s rhetoric has licensed public displays of racism, and the past year has surfaced politicians trying to suppress the black vote in Georgia, showing up in yearbook photos in blackface and Ku Klux Klan hoods, and warning that their black opponents would “monkey it up” if elected. Black Americans still face discrimination when applying for jobs, buying homes, and seeking medical care.

Massachusetts could be an example, a state pushing back against integration’s demise; it was, after all, where the first law prohibiting segregated schools was passed, in 1855. When METCO was established, suburban districts volunteered seats in their under-enrolled schools; in 1964, white families in Boston participated in a “Freedom Stay-Out,” boycotting segregated schools and speaking publicly about the need for integration. White residents living in wealthy suburbs wrote letters to the mayor of Boston asking the city to end “de facto segregation” of schools and spend more money on inner-city schools.

“Educational leaders in suburban communities both wanted to do something that would benefit black kids in urban neighborhoods, but also, they understood that going to an all-white school was not providing a good education to students,” says Susan Eaton, a professor at Brandeis University’s Heller School for Social Policy and the author of The Other Boston Busing Story, about METCO. This wasn’t just a Massachusetts phenomenon: In New York, “white liberals” picketed in support of school integration in Brooklyn in 1964.