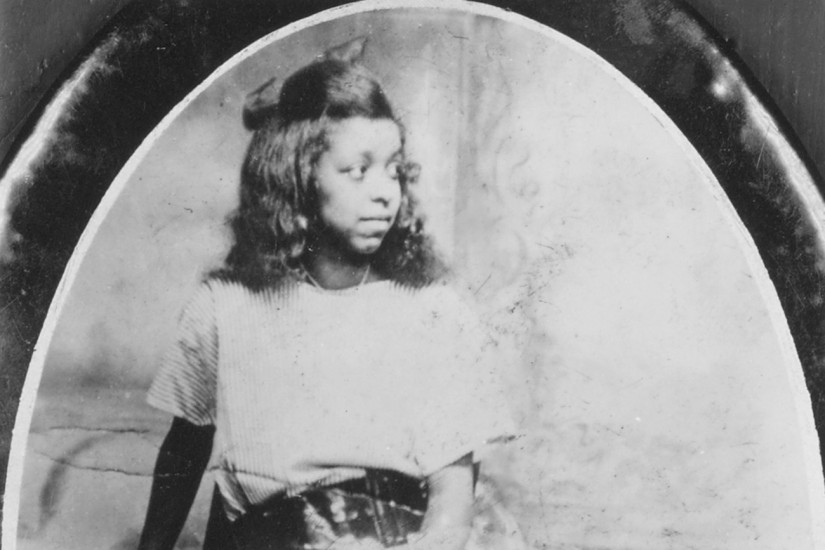 Hartman had a very clear idea of what she was seeking when she undertook the research process that became Wayward Lives, Beautiful Experiments: Intimate Histories of Social Upheaval: “I searched for photographs exemplary of the beauty and possibility cultivated in the lives of ordinary black girls and young women and that stoked dreams of what might be possible if you could escape the house of bondage,” she writes, in one essay, titled “A Minor Figure.” In addition to attending to the fictionalized histories of a few specific subjects, “A Minor Figure” clearly presents Hartman’s underlying values as a researcher: that no life is insignificant, that suppressed narratives deserve daylight, that we hold within us the capacity to expand history with our imagination and shared humanity.

“For decades I have been obsessed with anonymous figures, and much of my intellectual labor devoted to reconstructing the experience of the unknown and retrieving minor lives from oblivion,” Hartman writes in “A Minor Figure.”

The myriad challenges presented by history to Hartman’s search are elucidated over pages and pages of works that seek to excavate these lives from both the oppressive conditions for freed slaves and early generations of free Black people in Northern cities, and the harmful stereotypes that form a reductive picture of their existence after the fact. Sometimes Hartman generates these works of speculative nonfiction in connection to names already well known to history, like W.E.B. Du Bois and Ida B. Wells, but in many cases, she works from starting points as vague as a single, unattributed photograph, police booking record, social work case file, or reformatory transcript. Sometimes she had the benefit of a notebook or a sheaf of letters.

I have, in conversation with other writers, debated the merits of speculative nonfiction as a genre — arguing that such a concept presents legitimate danger in this post-truth, further blurring lines between what is real and what is imagined — but Wayward Lives, Beautiful Experiments is a perfect case study in the necessity of such a genre. Hartman is working from extant records, irrefutable evidence of lives lived, but stripped down in many cases to only the barest material traces. But as these women lived, and as they bear a common core to all living people, it is fair to assume they dreamed, they hoped, they felt pain, they desired to be free in a society that, having recently toppled one system of their oppression, wasted no time in constructing new paradigms to take its place. Extending her experiences as a human, as a woman, as a person of color, Hartman is able to convincingly stitch a line between fact an intuition, presenting full narratives on behalf of women that might have otherwise remained single-word entries in the record: vagrant, prostitute, wayward, loose.