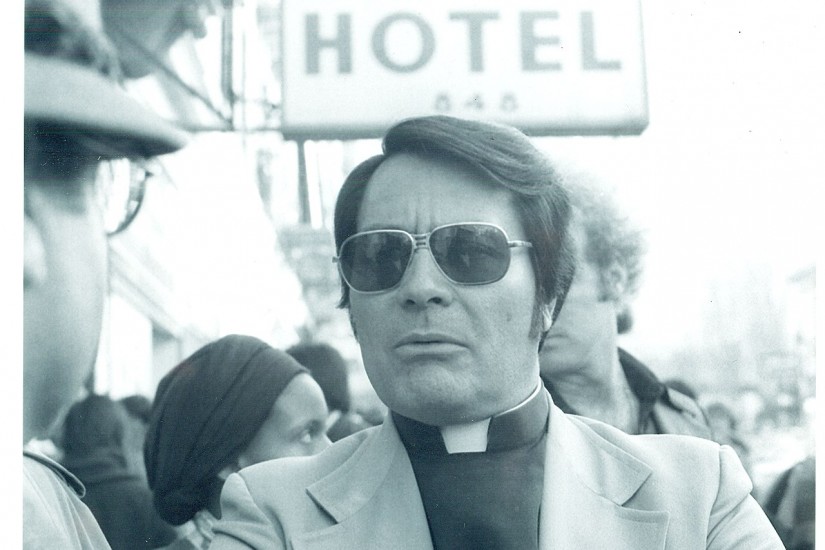 Most people have never heard of Cyrus Teed, which is a shame. He was born in Trout Creek, New York, in 1839. As a boy, he worked along the Erie Canal, experiencing some of the worst labor conditions that nineteenth-century America had to offer. As Adam Morris recounts in a new book, “American Messiahs,” Teed soon became a staunch anti-capitalist, and he spent much of his life trying to abolish wage labor entirely. This didn’t prevent him from pursuing a number of business ventures. At one point, he ran a mop factory; at another, he hawked something called an Electro-Therapeutic Apparatus, which provided its owners with the putative health benefits of mild, recurrent electrocution. Teed was a student of “eclectic medicine,” a branch of healing that rose in response to widespread—and frequently justified—fears of doctors. In Teed’s day, you didn’t become a surgeon if you didn’t have the stomach to wield a bone saw.

Teed also believed that he had, living within him, a spirit of some sort. He would go on to proclaim that this spirit had once empowered Enoch, Elijah, and Jesus. The New York Times headline wrote itself: “A Doctor Obtaining Money on the Ground That He is the New Messiah.” Teed called himself Koresh, a transliteration from the Hebrew version of the name Cyrus, and criticized mainstream Christianity as “the dead carcass of a once vital and active” faith. Then, in the eighteen-seventies, he founded a commune, Koreshan Unity, and announced that “the new kingdom” would be formed through women’s emancipation—he envisioned a group of celibate, bi-gendered beings—and the destruction of monopoly capitalism.

Teed is one of the case studies in “American Messiahs,” in which Morris exhumes the lives and beliefs of a linked procession of self-appointed prophets who tried to upend American religion—and the American way of life. They did so by attracting thousands (sometimes tens of thousands) of followers while preaching a version of what Morris calls “apostolic communism,” which has a clear basis in scripture. According to Acts 4:32, the first Christians, in Jerusalem, “were of one heart and soul, and no one said that any of the things that belonged to him was his own, but they had everything in common.” The typical history of Christianity will tell you that this passage has been influential in certain monastic communities but scarcely anywhere else.

Morris is out to prove this account wrong, and, in many ways, he succeeds. As it happens, a resilient strain of Christo-Marxist thinking has endured in America. Its adherents have almost always been celibate, anti-marriage, anti-family, relatively enlightened on matters of gender and race, and unblushingly communistic. The Americans who spearheaded these movements had another commonality: they all believed, in one manner or another, that they were living gods. For Morris, this fact has too often been exploited as an excuse to dismiss a radical tradition. “Far more than for their heretical beliefs,” he writes, “the communistic and anti-family leanings of American messianic movements pose a threat to the prevailing socioeconomic order.” In other words, these men and women were, morally speaking, light-years ahead of their time—and that’s why we don’t take them seriously.