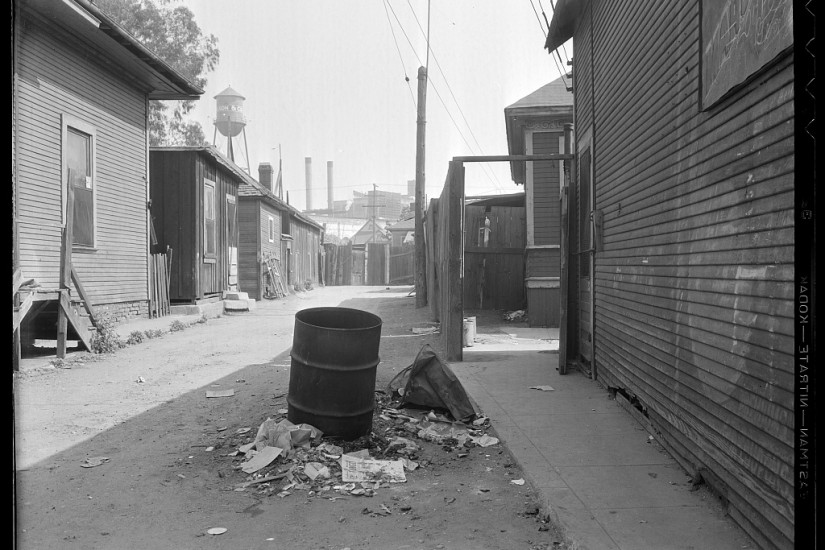 Historians have done tremendous work documenting the expansion of incarceration in the late 20th century. The war on crime and the advent of militarized policing were strategic efforts to eradicate Black rebellion in the late 1960s and 1970s. The war on drugs, draconian sentencing laws, and the dramatic expansion of zero-tolerance policing in the 1980s and 1990s caused the prison population to nearly quadruple between 1980 and 2000.

And yet, it is significant that Kelly Lytle Hernández’s City of Inmates ends in the year that most narratives of mass incarceration begin – 1965 – concluding with the event that is often considered the catalyzing moment of the late-20th century carceral “frontlash”: the Watts Uprising (195). In this framing, Hernández joins scholars excavating the roots of the carceral state deep in the U.S. past, such as in Reconstruction-era convict labor and the early 20th-century criminalization of Black life.

The Los Angeles lens, however, offers a radically new perspective. The settler colonial and immigrant history of California indisputably shaped the caging policies and practices that emerged in the City of Angels. In six distinct histories spanning nearly two centuries, Hernández locates the origins of the carceral state in longstanding efforts to eliminate Native populations as sovereign entities, to control and exploit the labor of non-settler populations, and to exclude racialized immigrants from settler territory.

Hernández excavates the legal architecture and cultural assumptions that made incarceration the answer to so many distinct questions: Indigenous resistance to colonial labor regimes, vagrancy among white male seasonal workers, the presence of Chinese laborers on the West Coast, the growing Mexican population in the borderlands, the increasing activism of Black L.A. – these posed distinct problems for a white supremacist settler society, and yet the solution to each of them was the same: incarceration. Why?

Hernández answers that incarceration is a form of elimination, and elimination is inherent to the settler colonial project. Adopting incarceration as a strategy to remove Native peoples from settler L.A., to undermine their resistance, and to compel them to labor for a society from which they were simultaneously excluded in every meaningful way, Los Angeles officials established a template that would be flexibly applied in subsequent eras to “tramps,” Chinese, Mexicans, and African Americans as the city grew.

Evidence for this recycling abounds in City of Inmates, but the clearest example is the use of public order charges to incarcerate a shifting array of “targeted populations” throughout the city’s history. Beginning in the 1850s, Los Angeles officials criminalized Indigenous “vagrancy” and swept up Tongva and other Native peoples to work on roads and public works projects in chain gangs, including auctioning convicts to private employers.