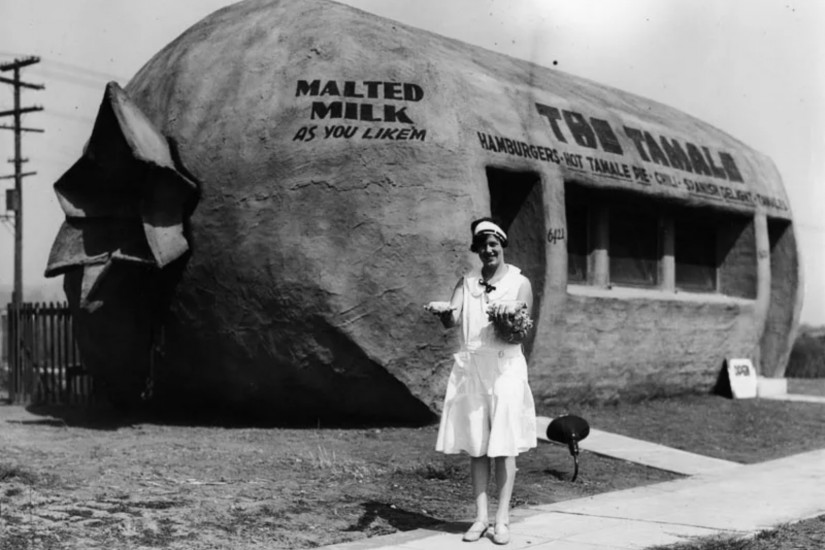 Los Angeles has a few Spanish restaurants dotted around the city these days. There’s Otoño, the new dinner place out in Highland Park that tackles the usual offerings like conservas and paella. But around a century ago, El Pueblo de Nuestra Señora la Reina de los Ángeles (Los Angeles’s original name, which in Spanish means “town of our lady the Queen of Angels of the River Porciúncula”) was littered with restaurants that seemed to evoke the European countryside. The back pages of the Los Angeles Times were, for decades, filled with advertising for spots like the old Mayan Spanish Inn or Lares in Downtown, each emblazoned with hanging signs outlining their Spanish bonafides. Fair prices and fine chefs were the call of the day, and diners flocked to the restaurants for dinnertime hours and outdoor dancing.

The only thing missing in this turn-of-the-century Spanish fresco vision, still idolized in murals around the city, was the actual Spanish food.

Beginning in the 1800s, Los Angeles-based Mexican restaurant owners found themselves stuck between an unforgiving, racialized dining public and a need to make a living, so collectively, they improvised, calling their Mexican-born food — from enchiladas to handmade tortillas to chiles rellenos — Spanish food instead. And in some ways, that historic whitewashing endures.

The echoes of today’s politically charged immigration and street food vendor legislation issues are apparent: More often than not, large swaths of Americans still find that they absolutely love Mexican food, but struggle to embrace the people who actually make it.

One of the first indoor Mexican restaurants in Los Angeles to co-opt the Spanish verbiage was the Belmont Cafe, situated at Fifth and Main streets in Downtown. In 1897 the restaurant advertised its thoroughly “Spanish” menu in the Times. It included enchiladas, carne seca con arroz, and chile rellenados, a misspelling of the classic stuffed pepper dish that traces its roots back to pre-Hispanic Mexico.