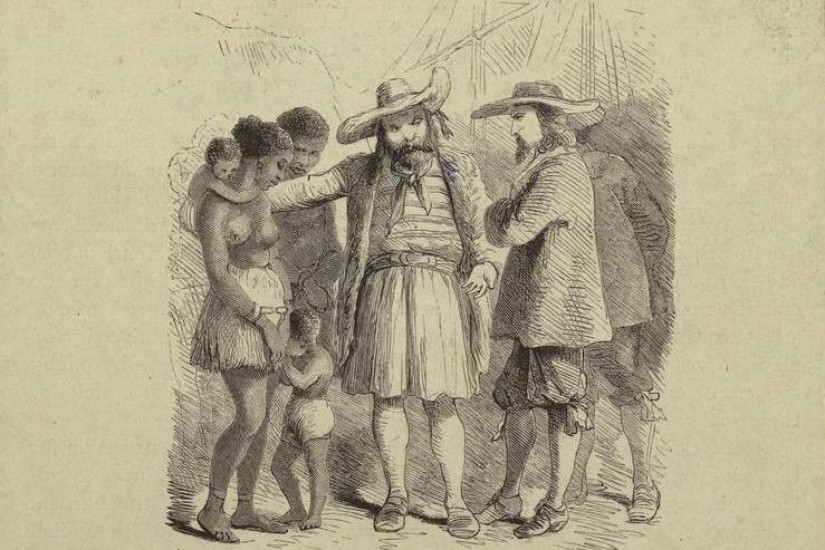 “This is the first time documentary evidence shows that the Treasurer did, in fact, leave enslaved Africans in Virginia,” Horn said in an interview. “There is a lot going on here on the part of the English to obscure how many Africans are taken and how many arrived in Virginia. … The Treasurer left two or three Africans in August or the fall of 1619.”

One of those two or three Africans was Angela, who wound up in the household of Pierce.

“The majority of the Angolans were acquired by wealthy and well-connected English planters including Governor Sir George Yeardley and the cape, or head, merchant, Abraham Piersey,” according to Jamestown Rediscovery. “The Africans were sold into bondage despite Virginia having no clear-cut laws sanctioning slavery.”

But that would change.

‘Slavery in the midst of freedom’

Angela’s arrival coincided with another milestone in American history: the meeting of the first General Assembly in Jamestown’s newly built wooden church. The assembly is billed by Jamestown Rediscovery as “the oldest continuous law-making body in the western hemisphere.”

The legislative body was made up of the governor, his four councilors and 22 burgesses elected by every free white male settler in the colony. Its work from July 30 to Aug. 4, 1619, represented the nation’s first experiment with democracy, and its 400th anniversary is being marked this year.

It is a great irony, Horn said, that American slavery and democracy were created at the same time and place.

He said that “1619 gave birth to the great paradox of our nation’s founding: slavery in the midst of freedom. It marked both the origin of the most important political development in American history, the rise of democracy, and the emergence of what would become one of the nation’s greatest challenges: the corrosive legacy of racial discrimination and inequality that has afflicted our society since its earliest years.”