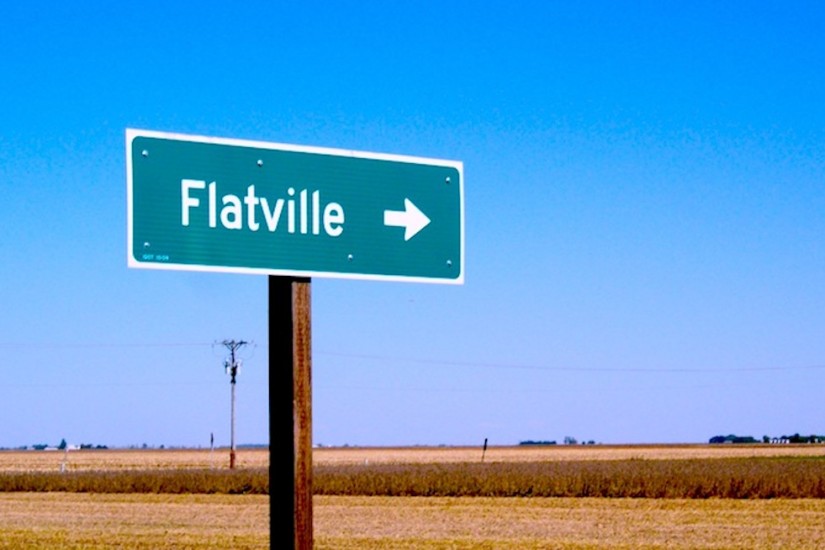 Flatville arose from the muck. Like the wet prairie more generally, its flatness inhibited drainage, contributing to swampy conditions. The firmer lands that had once supported buffalo enabled the first settler colonists to graze cattle, but the land in and around Champaign County was so boggy that in 1840, the area had fewer than two residents per square mile. In contrast to the arid West, where farmers struggled to bring more water to land, in the sodden prairies, farmers worked hard to remove the water from the land so as to enable the cultivation of crops. Health concerns factored into the drying campaign as well. Long before the discovery that mosquitoes carried malaria and yellow fever, the association between swampland and ague added to the desire to pull the plug on wetlands—including about 8.3 million acres in Illinois, or about a quarter of the state.

Thus began the still ongoing engineering project that has turned the wet prairies into some of the most productive agricultural land in the world. Step one was to dismantle the existing engineering works—the beaver dams that blocked the “smaller water-courses.” In his 1905 history of Champaign, J. O. Cunningham reported that at first the beavers repaired their dams. But as hunters reduced their numbers, the animals abandoned their homes. The near total eradication of beavers culminated in grand euphemism: “finally the last of this interesting and intelligent animal, with his contemporary, the wild Indian, moved westward.”

Step two was to introduce new engineering works. To dry the “inundated lands” that were underwater for part of the year, farmers experimented with mole ditching (dragging a plow that would carve out a tunnel) and, when that proved unsuccessful, using cattle (up to 40 head together) to drag larger ditching apparatuses. An even more laborious method was to dig drainage ditches that fed into creeks and streams. This backbreaking work slowly began to yield results. Whereas a traveler who rode through Champaign County in 1873 characterized half the cornfields as being underwater, residents could have pointed out that the other half were not. By 1885, Illinois farmers were beginning to use steam-powered dredging machines that opened canals and cleared the course of creeks. They also straightened these creeks, to speed the flow of water from their fields.