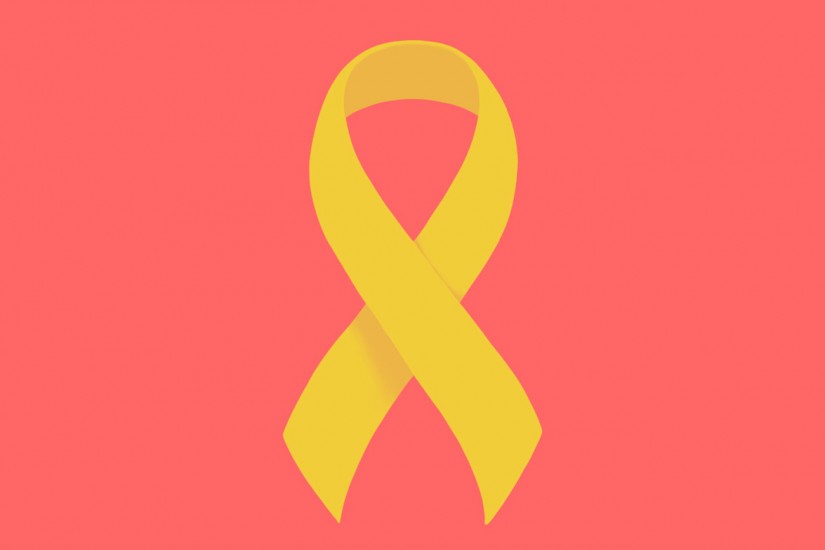 If you lived through the 1990s, you likely remember the yellow-ribbons-tied-around-everything that marked the first Gulf War. People who affixed yellow ribbons to trees and buildings were following an age-old American wartime tradition, right?

Wrong. As folklorists Linda Pershing and Margaret R. Yocom reveal, yellow ribbons are actually a modern trope. When Pershing and Yocom noticed the different meanings people ascribed to yellow ribbons, they went in search of reasons for their sudden popularity. “Our interest…focused on the intriguing battle that we observed not in Iraq and Kuwait, but on the home front, a battle of symbols,” they write.

This battle was waged in the court of public opinion, which seemed split on how to display and interpret the symbols. Did the ribbons symbolize support for the war? A concern for troops’ welfare? An appeal for patriotic unity? Pershing and Yocom call the debates a “semiotic riot.”

Though many thought they were debating over a time-tested tradition, they really weren’t. Some insisted the ribbons had roots that went as far back as the Revolutionary War. They actually originated during the Iran hostage crisis, when the wife of a U.S. diplomat remembered hearing the Irwin Levine and L. Russell Brown-penned song “Tie a Yellow Ribbon ‘Round the Old Oak Tree.”

But the song wasn’t a folk song—it was written in the early 1970s. Pershing and Yocom draw on the work of folklorist Gerald E. Parsons, who uncovered the song’s history in 1991. Its lyrics were based on the legend of a Vietnam War soldier who asked his loved ones to tie white kerchiefs in the front yard to symbolize he’d still be welcomed home. The song was recorded by Dawn, a group featuring Tony Orlando. In 1991, Orlando penned a sequel to the song called “With Every Yellow Ribbon.”

Pershing and Yocom see the ribbons of these songs as symbols of everything from the fraught connection between war and gender norms to indications of the neutrality of people who supported the troops, but not the war.