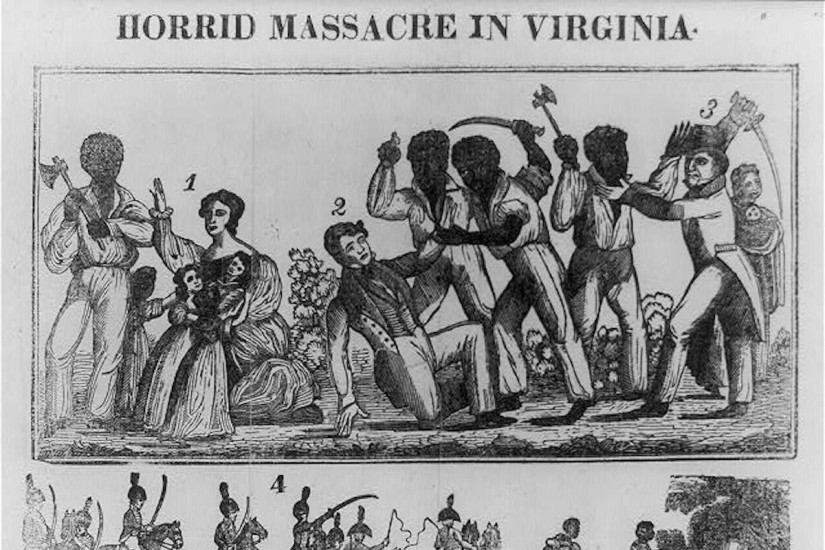 As Francis drives along the old carriage paths, most of which are now paved, he sees things others do not.

Over there, where the dark grass meets the light, that’s where Joseph Travis and his wife were the first ones hacked to death in the insurrection. Where a rusted double-wide trailer stands was the site of Capt. John Barrow’s home. He warned his wife to flee, but she delayed to change her clothes, so he had to fight the rebels on the front porch. His wife escaped out the back; Barrow’s throat was cut.

Many of the homes were still standing as late as the 1970s, but time and weather have ravaged them. Local landowners cannot afford to rebuild so they just clear the rubble. The Richard Porter House is a dark hulk of warped wood, half of it collapsed, all of it shrouded in vines. Here, a young enslaved girl warned the family what was coming and they fled into the woods.

A few miles away, Francis swings off the road, switches on the four-wheel-drive and powers to a nondescript mound of brush. Only when he stops do a low row of bricks, a collapsed tin roof and jagged piles of gray boards become visible under the greenery: the remains of the house of Jacob Williams, who returned from measuring timber in the forest to find his slaves standing over the bodies of his wife and three children.

Nearby, the widow Rebecca Vaughan was allowed to pray before she was killed. Her house, the scene of the insurrection’s final killings, was relocated a few years ago to a spot in Courtland across from the county agriculture museum. It has been neatly restored by the county but remains empty.

The tree where Turner was hanged fell long ago. Francis puts the site in the yard of an old foursquare house on Bride Street in Courtland. A short distance away, around the corner on High Street, is the ditch where Turner’s torso was said to have been tossed after he was decapitated. Sure enough, Francis said, human remains have been found there. At some point, the county hopes to excavate. In the meantime, the spot is marked by tiny wire flags stuck in the weeds, the sort that might designate a property line or a cable route.