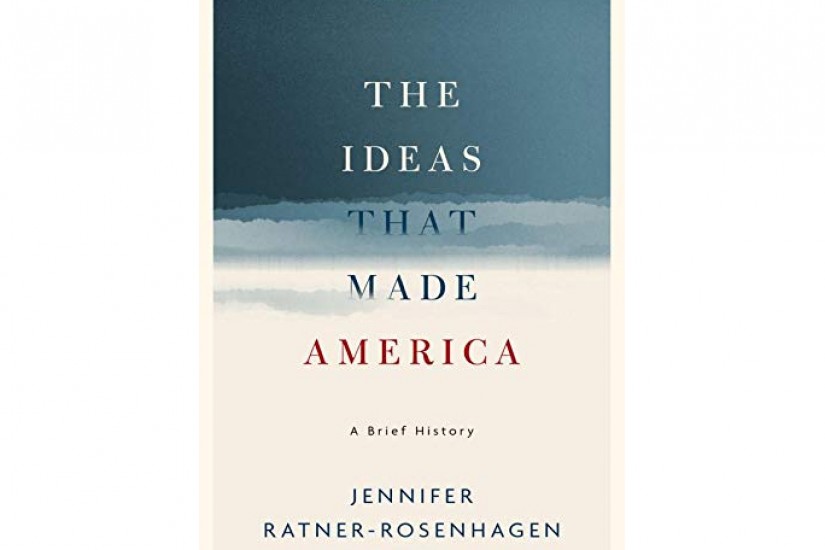 Discussing the American Revolution, Ratner-Rosenhagen states that “a prime factor in the causes of the war and the course of a new nation thereafter was the power of ideas.” The Puritans had bowed to this power. They were among those who bequeathed it to 19th- and 20th-century Americans: the Transcendentalists and pragmatists and progressives. Ratner-Rosenhagen’s concluding observation is that “the conversation of American thought continues” the battle of ideas, the intellectual contest, which was more or less Professor Blodgett’s concluding observation in the spring of 1993. What began in the 16th century is unfinished. The ideas keep on coming.

However similar, Ratner-Rosenhagen’s book is hardly identical to my undergraduate course. It reflects a generation of research and scholarly innovation as well as Ratner-Rosenhagen’s own fluid erudition. In tune with the title of her earlier book, The Worlds of American Intellectual History, Ratner-Rosenhagen merges the European with the non-European. John Eliot’s translation of the Bible into Massachusett in 1663 was, she points out, “the first bible printed in America.” Additionally, Ratner-Rosenhagen does not limit race to debates over slavery, the Harlem Renaissance, and the Civil Rights movement. Instead, she makes race a more consistent factor in American intellectual history, drawing on recent efforts to explore university histories and slavery. Georgetown University, for example, passed along “funding drawn from the slave economy by making enrollment tuition-free.” On such economic and moral foundations did study and learning make their way.

Ratner-Rosenhagen’s beautifully written book reflects other contributions to American intellectual history. She brings forward women whom earlier historians had either neglected or glossed over — Margaret Fuller, the 19th-century philosopher and woman of letters, for example — restoring them to their overdue prominence. Her book also includes fascinating and instructive images, many extracted from archives rather than museums, as if to suggest that intellectual history is not composed of words alone — it can be contained and revealed in images. This is a salutary message to students of the subject, as is the attention Ratner-Rosenhagen pays to Eastern philosophy and not just to European letters as an influence from abroad. Chronologically, she expands the historical canvas beyond the early Cold War, bringing in the postwar conservative movement, on the one hand, and academic postmodernism, on the other. The Ideas That Made America finishes in an ivory tower preoccupied with cosmopolitanism, culture wars, and the puzzles of American identity.