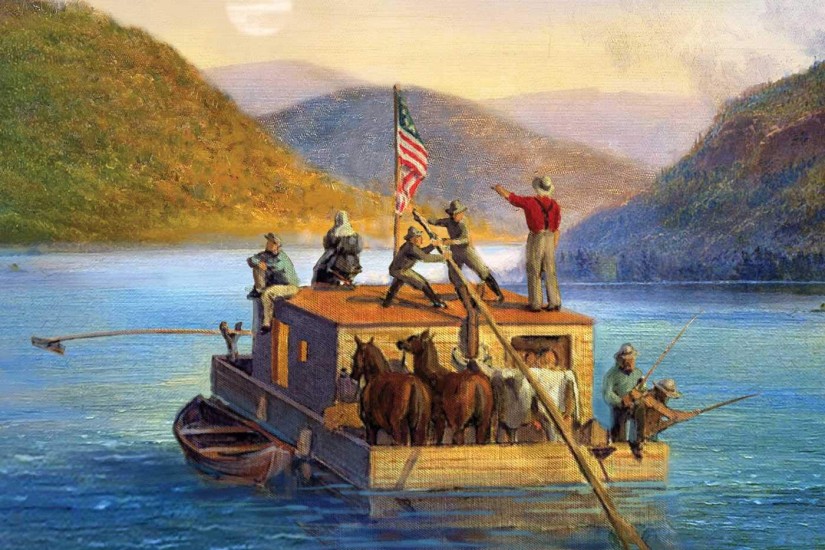 Image from the cover of "The Pioneers: The Heroic Story of the Settlers Who Brought the American Ideal West."

When the title of popular-history stalwart David McCullough’s latest book—The Pioneers: The Heroic Story of the Settlers Who Brought the American Ideal West—was first announced, history Twitter heaved a collective sigh. American historians who take a critical approach to the past have been struggling to strip the glamour from the myth of the “frontier” for decades now. The words “heroic” and “American ideal,” when used unironically in connection with westward expansion, are, frankly, a little bit triggering: They reek of the 19th-century ideology of Manifest Destiny.

Unfortunately, the book is exactly as advertised. When it comes to representing “pioneers” as isolated and hardworking idealists fighting off “threats” from residents of the land they are taking, this book—about the settlement of Marietta, Ohio, and the Northwest Territory more generally, in the years after the Revolutionary War—is a true throwback. Its success (it is No. 10 on Amazon’s best-seller list for books, as of Friday) shows how big the gap between critical history and the “popular history” that makes it to best-seller lists, Costco, and Target remains.

True to the book’s title, the motives of The Pioneers’ main characters—organizers of the Ohio Company of Associates, a group that bought about 1.5 million acres of land north of the Ohio River in 1787, and their sons and successors—are always represented as unquestionably sterling. With a wave of the authorial hand, McCullough dismisses the money at the heart of the matter: “That the Ohio Company was also, apart from its noble intentions, a venture in land speculation went without saying.” Although the broader context here—the feverish speculation elite Americans engaged in after the Revolutionary War; the way that matters of government and business constantly overlapped, as these elites pulled strings to make sure they came out of the frenzy of organization and expansion with the best advantage—is hardly tangential to the story, McCullough is only interested in finding the good in these men.