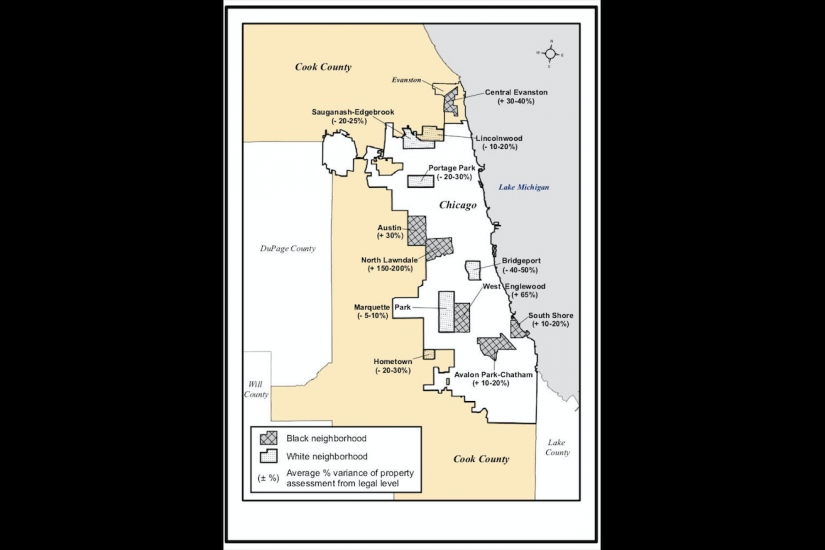 Kahrl’s first book The Land was Ours explored the history of African American landownership and leisure industry in the coastal Southeast. While conducting research for the book, he discovered a peculiar consistency: assessments persistently increased on black businesses and homes when they competed or interfered with the economic interests of white investors and entrepreneurs. What appeared on its face to be an impartial instrument of measurement, a “supposed tool of observation,” morphed into an state implement “prone to manipulation [and] weaponized … against African American homeowners [and] black owned and operated enterprises,” Kahrl told The Metropole in a recent phone interview.

Kahrl discovered clues in the black press, where anecdotal evidence abounded—particularly in how often such publications “made references to discriminatory” taxes. Following breadcrumbs dropped by black journalists led him to legal records and tax rolls, where he found a veritable “hidden archive in plain sight” that clearly documented structural bias in property taxes. Moreover, discriminatory assessments not only served as a means to observe the impact and consequences of segregation, they drove it; excessive property taxes deprived black homeowners and communities of resources and wealth thereby putting black property owners at greater risk of tax delinquency, foreclosure, and loss.

How do property taxes and assessments work? First, county tax assessors, often acting as elected officials, appraise the value of a home and then multiply that value by a tax rate set by various municipal government agencies, such as the fire department, police department, schools, and so forth. The total tax rate results from the sum of these rates. While these taxes affect homeowners most directly, tenants often pay higher rents when landlords raise them to make up for property tax increases.

Assessments were as much political decisions as economic ones; assessors used them to curry political favor. “When it comes to property taxes, who you are has often been just as important as what you own in determining what you pay,” Kahrl pointed out, which meant black communities marginalized from the political process carried a heavier tax burden than their white counterparts. For example, during the 1960s and 1970s, Bridgeport, the home of Chicago Mayor Richard J. Daley and the “nucleus of the local Democratic Party Machine,” had one of the lowest assessment rates in the city, while comparable black communities often paid three times as much in property taxes. Even a heavily biased municipal report on the subject from the 1980s, produced in the interest of the municipal government, acknowledged that more than 40 percent of black communities endured “assessment regressivity.”