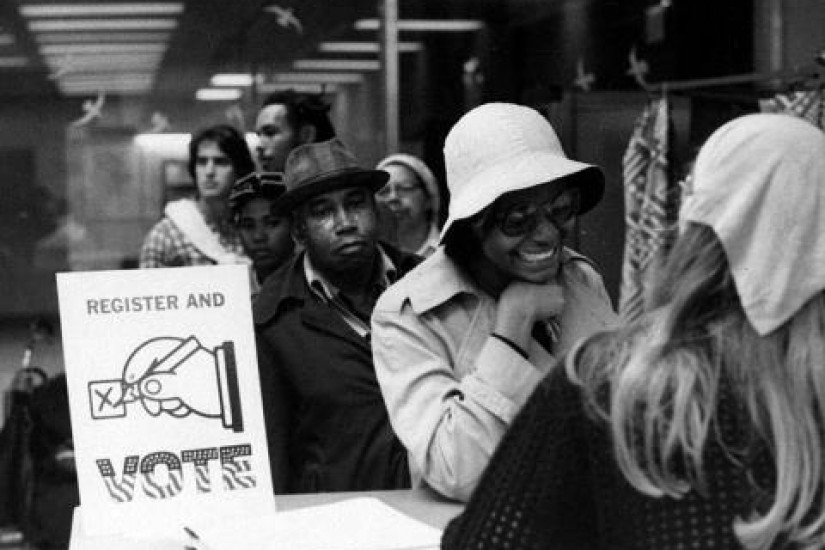 Between 1962 and 1969, the VEP helped spark and sustain a southwide registration movement, resulting in a massive shift of political power and the rise of African American political strength. White segregationist-turned-conservative politicians noticed, and being more limited in disfranchisement tactics after the Civil Rights Act of 1964 and the Voting Rights Act of 1965, they began to follow the money trail. Their interest segued with the growth of public distrust in philanthropic foundations, especially the Ford Foundation, which in the late 1960s funded several controversial programs. Many conservative and liberal Americans alike believed that foundations often abused their tax-exempt status for personal gain, and President Richard Nixon entered office with a mandate to pursue tax reform immediately following his 1968 election. This bipartisan attitude toward reigning in philanthropic foundations afforded conservatives with the necessary cover to also attack the civil rights movement.

For much of 1969, Congress debated an enormous and complex tax reform package, which included provisions for making sure foundations stayed out of the political realm. But southern white politicians saw an opening. Led by Senators Russell Long and Herman Talmadge, they pressed for harsh requirements and punishments for any foundation that supported registration programs, even if they were clearly non-partisan. Long and Talmadge both knew about the VEP and its impact on the southern electorate, and they moved to undercut the VEP’s financial stability. Masking their intentions within the guise of tax reform protected them from charges of racism. But the VEP knew that its existence was in danger, and executive director Vernon Jordan led a public lobbying campaign to protect the VEP and its ongoing work. Ultimately, the VEP survived, but Long, Talmadge, and their allies ensured that the VEP would have a much harder time in the future with requirements to operate in five states at once at all times and to ensure that no foundation ever gave more than 25% of the VEP’s total annual budget. These measures seem innocuous on the surface, but together, they wrecked the VEP’s strategy and operations.